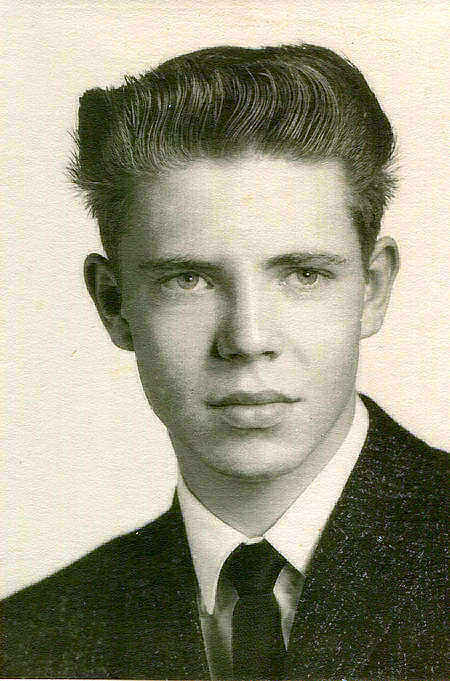 From West, Richland, WA, US | Born in Aitkin, Minnesota

Bill was a child of the Manhattan Project at Hanford, where plutonium was manufactured that was used in the bomb dropped on Nagasaki, Japan, effectively ending World War II. Because there was not yet housing for family near the Project, his first year of life was spent in Spokane with his mother while Donald worked as an Iron worker on the B-Reactor. After the reactor was complete, "Swede" took his family on the road, following construction throughout the West. In 1949, work brought them back to live in Camp Hanford where Bill attended John Ball Elementary School. He continued on through the Richland schools, graduating a "Bomber" from Columbia High School in 1961. He attended Columbia Basin College, where he received a degree in Computer Programming. He also served 6 years in the Army Reserves.

His career in construction began as the Computer Operations Manager on Dworshak Dam in Orofino, Idaho. At 23, Bill married his high school sweetheart, Darlene Huesties Bern, and their daughter, Angela, was born in 1966. They built an A-frame cabin near the North fork of the Clearwater River. Their days in Orofino were an active, magical time which was enjoyed by the whole family and many friends.

However, Bill was never happy being indoors for very long. Looking for a way to get out of an office environment, he took a "duel-hat" position that combined his skills in computer operations with training as an Industrial Safety Engineer for Peter Kewitt in Lewiston, Idaho. After mastering the new job, he returned to Richland, where he worked as Safety Engineer on WPPS 1. Still not satisfied, he followed in his father's footsteps and finally found his niche as an Iron worker at Hanford, eventually rising to the position of General Foreman before retiring in 2005.

Throughout his life, Bill was an avid hunter and fisherman. He was known for his love of his hunting dogs and the outdoors. A careful and skilled craftsman in any endeavor, he took pride in all that he did. He was known as a hard worker; somebody who could be counted on at the work-site and beyond. He was very much respected for his intelligence and was renowned for his keen sense of humor.

Bill was a reader, with eclectic tastes, and his memory for details was amazing; conversation with him was a delight. He was also known to play a game of cards or cribbage now and then: Some say he cheated, but there was never any convincing evidence he claimed; and his opponents always came back for another match.

He was happily married to Shirley Schmidt Bern from 1983 to 2000. He continued to share his life with her after their separation and loved her until the day he died.

Bill Bern was proud of his Swedish heritage and being part of the Union Brotherhood. He was a generous and loving son, brother, father, and friend. People found that he always had the time to visit, and they felt welcome and easy in his home. He had blue, blue eyes and an unforgettable smile. When asked for help on a thorny personal issue, he listened, advised, and ended with "Be good to yourself, the rest will follow".

Bill is preceded in death by his father, Donald, and survived by his mother, Lenore; sister, Dawn; daughter, Angela; grandson, Maxwell; and a large extended family in Minnesota and Wisconsin, all of whom love him dearly.

Services will be held Sunday, April 22, at Sunset Memorial Gardens in Richland, with an informal gathering at the burial site in the Garden of Remembrance at 11:30AM; and a Celebration of Life at 12:00 noon in the Event Center. The Family invites you to either or both. If you cannot attend, or in addition to attending, you are welcome to sign and/or share a memory at the online guest book, www.einansfuneralhome.com.