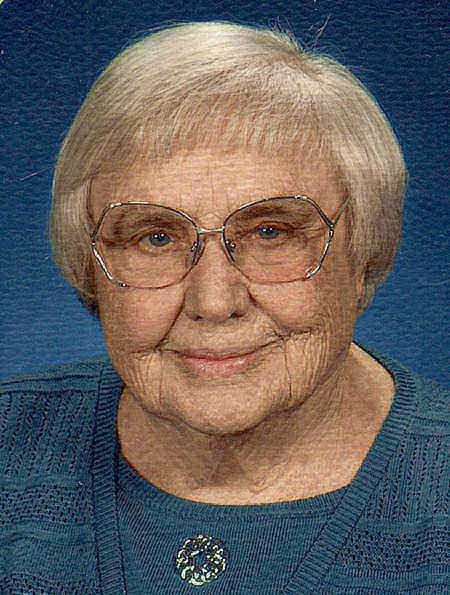 Long-time Richland resident honored by both the Tri-Cities and the State of Washington for her volunteer activities, Barbara Kennedy, 94, died peacefully in Hospice Care at Wynwood Assisted Living on Tuesday evening, May 1, just five days after suffering a massive stroke. Born Barbara Warwick, the youngest of seven children, in Havre, Montana on March 21, 1918, she married Robert Bob Kennedy in 1938. Her commitment to civic involvement began early when, during World War II in 1944, she entrusted her two young sons, John and Robert, to her mother's care and accompanied Bob to Hawaii to work as civilians in the war effort for over a year. After living briefly in Lakewood, Colorado and Layton, Utah, Barbara and Bob moved to Richland in 1950 where a lifetime of community service began. In 1976, Barbara received the Tri-City Federated Woman's Club "Woman of Distinction" award for her volunteer community service. In recognition of her "unselfish giving of time, knowledge and talent," Barbara received a certificate of appreciation from the State of Washington for Outstanding Voluntary Action signed by then governor Daniel Evans. An avid Bomber athletics fan with a passion for boys' basketball, Barbara regularly attended basketball games for over forty years and could always be found in her reserved seat cheering wildly at regional and state tournament games when the Bombers were competing.. She co-founded the Richland Bomber Boosters in the 1960s. Among their first accomplishments was the sale of bonds to finance the Dawald Gymnasium. Barbara was well-known for her work with the Kadlec Hospital Auxiliary joining in 1959 and serving in several positions on the board and as president of the group in 1967-1968. As president, she instigated the free glaucoma eye clinic. During her term as Washington State Association of Hospital Auxiliaries vice president in 1975, she instituted free distribution of Family Medical Record brochures. In 1975, as president of the WSAHA, she instigated a statewide Medic Alert program. For many years, she continued to serve on the local board, and, as recently as a year ago, Barbara could be found on Tuesday mornings sewing with the local chapter. Over the years she created countless hats for newborns, wheel chair caddies, and bedside pockets. A member of West Side Church since moving to Richland, Barbara was active in the Women's Association and circles. She was ordained a deacon in 1963 and, until recently, remained active in the church. In addition to all of her other activities, Barbara paid close attention to local school and government issues and was easily recognized by neighbors on election night in her role as a poll worker. She was a proud member of the local chapter of PEO, and was known for her entertaining and informative presentations on various topics at local meetings. Her volunteerism was not limited to community involvement, but was also much more personal. Her passion for gardening and especially for growing roses manifested itself in floral arrangements, corsages, and centerpieces for special occasions and weddings of friends and family. Her talents also extended to making and decorating wedding cakes for people special to her, and she was ever available as a loving and generous parent, grandparent, and supportive and loyal friend.

Preceded in death by her husband, Bob, Barbara is survived by her sons John Darla of Richland and Robert Sarajane of Wauwatosa, WI; grandchildren, Wally Jeni Kennedy, Traci Stephe Chapman, and Rob Kennedy; great-grandchildren, Chelsea and Sean Kennedy and Blake and Mason Chapman, and Stephanie Calvin Nash; and great-great-grandchildren, Hunter and Madison Nash. She is further survived by her brother Vance Ethel Warwick of Hamilton, Montana and numerous nieces, nephews, and friends. She will be sorely missed by all. There will be a viewing on Sunday, May 6 from 11 a.m. To 1:00 p. m. at Einan's Funeral Home, 915 By-Pass Highway, Richland. On Monday morning there will be a viewing from 9:00 – 9:45 a. m. with a graveside service at 10:00 a. m. followed by a memorial service at West Side Church, 615 Wright Avenue, Richland at 11:00 a. m. and lunch at noon.