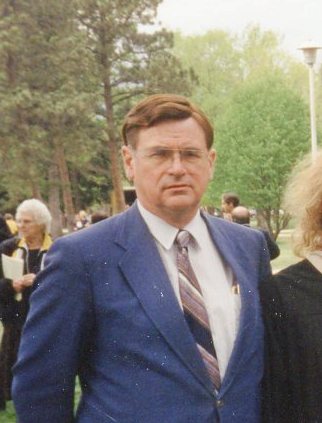 Laurence N. Rodland passed away on May 30th, 2012 in Richland WA. Larry was born to Louis and Norma Rodland in Buffalo, New York on March 23rd, 1943, and graduated in 1967 from Clarkson College in Potsdam NY. During his military service at Edgewood Arsenal in Maryland he met Karin Norlin, and they were married May 29th, 1970. Larry is survived by Karin and their sons David Laurence Rodland and Matthew James Rodland, and by his two younger brothers, Terrence and Ray Rodland. Larry had a rich and varied career as a power systems engineer. He worked for Niagara Mohawk in Syracuse, New York from 1970-1978, and contributed to the design of the Nine Mile Point nuclear power plant and its associated infrastructure. He joined the US Army Corps of Engineers Hydroelectric Design Branch in Portland Oregon in 1978, and remained with them for 25 years until his retirement in 2003. Larry contributed to the design of the Bonneville Dam Power Plant #2, and worked on numerous other hydroelectric projects throughout the Northwest and the Southeast. Larry was very active in the Institute of Electrical and Electronics Engineers IEEE, serving as Chair of the Syracuse Section from 1974-1976, participating actively in standards committees and working groups, and contributing to the organization of regional meetings. Larry and Karin moved to Richland in 2001 as a result of her career move to Pacific Northwest National Laboratory, and Larry closed his career with the Corps of Engineers with service at McNary Dam, working on power plant modernization. Although Larry and Karin were divorced in 2004, they remained close friends, and took pride in their partnership in raising David and Matthew. Larry was an exceptional father, providing his sons a constant source of love and support. He was an anchor and role model to all in his family. Retirement gave Larry the opportunity to focus on gardening, yard work and other projects. He was active in the Country Ridge Homeowners Association as greenskeeper and water master, and was always ready to assist his neighbors. Larry was particularly fond of shared family time on the coast in Seaside, Oregon. A memorial celebration of Larry's life will be held on Monday June 11th at 3:00 pm in Memories at Sunset Event Center, located behind Einan's Funeral Home, 915 By-pass Highway in Richland. In lieu of flowers, donations may be made to the American Heart Association.