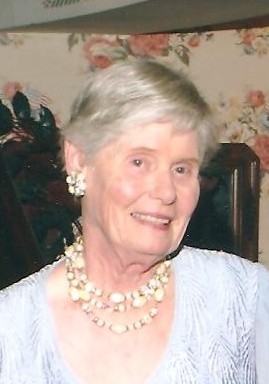 BETTY JEAN SCHARNHORST Betty Jean Scharnhorst, age 83, passed away on June 4, 2012 with her daughters Susan, Nancy and Lisa at her side following a battle with cancer. Betty was born April 1, 1929 in Wichita, Kansas to Lloyd and Nellie Williamson. She was raised in Gashland, Missouri where she spent a happy childhood. On June 7, 1952, she married Frederick Scharnhorst after being introduced on a blind date 2 years earlier. They were married for 48 years before Fred's passing in 2001.
For all of her married life, Betty was a devoted homemaker and mother, two of her favorite jobs. She volunteered in all her children's activities even acting as her children's Girl Scout Leader for many years. As her children grew up, Betty began her second career. Betty obtained her Real Estate License and worked as a Realtor for many years in both California and Washington. This was an accomplishment of which she was very proud. After Fred's retirement, Betty and Fred travelled extensively in their RV trailer seeing many sights throughout the United States. Together they participated in many activities including mushroom hunting during this time. After Fred's passing, Betty became a worldwide traveler as she took many extensive trips aboard cruise ships. Her love of adventure and courage to travel alone or with a friend never ceased to amaze her family. She always loved going somewhere new and meeting new people. She could always find a game of bridge no matter where she went. Betty was preceded in death by her husband, Fred, parents Lloyd and Nellie, and younger brother, Lowell. She is survived by her daughter Susan Eells, son-in-law Jeff, and grandchildren Jordan and Joshua of Carefree, AZ; plus her daughter Nancy Sevigny, son-in-law Gary, and grandchildren Nathan, Aaron, and Jason of Richland, WA, and her daughter Lisa Scharnhorst, son-in-law Howard, and grandchild, Elijah of Seattle, WA. She is also survived by sister-in-laws Marcie and Mary Jo as well as numerous nieces, nephews and many wonderful friends. She will be missed by all. There will be a graveside service on Monday, June 11 at 10:30am followed by a light luncheon at Sunset Memorial Gardens in Richland. In lieu of flowers, the family requests that donations be made to Hospice at The Chaplaincy, 1480 Fowler Street, Richland, WA 99352.