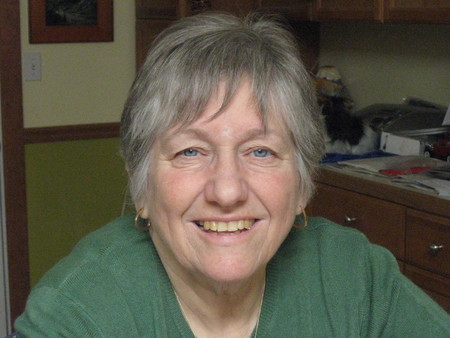 From West, Richland, WA, US | Born in Long Island, NY

Early in the morning on November 13, 2012, after a 12 year battle with renal cancer, Kathleen Alice Horner Morgan peacefully passed away, at home, holding hands with her sweetheart, Jim Morgan. "Kathy" was born on October 11, 1943 in Long Island, NY to Edward Henry Horner Jr and Ruth Warren Horner. Kathy's father served as a navigator in the Army Air Corp during WWII. He was a German POW when Kathy was born. Kathy joined The Church of Jesus Christ of Latter-Day Saints as a teenager and remained active in the church throughout her life. She graduated from Hueneme High School, Oxnard, California, in 1961, followed by Arizona State University. She met and married her sweetheart in Ventura, California in 1975. They moved their family to Richland, Washington in 1978. After 35 years of marriage Kathy and Jim were sealed for time and all eternity in the Columbia River Temple on September 18, 2010. Kathy held many job titles in her lifetime, but the nearest and dearest to her heart was nursing. Her greatest aspiration in life was to help people. Kathy was also a very avid and accomplished quilter.

Kathy was preceded in death by her father, Edward Henry Horner and very recently her mother Ruth Alice Horner; a granddaughter, Kortney Anrie Richardson; and a brother-in-law, Mike McNeill.

The family will be receiving friends and guests from 12:00 pm to 12:45 pm on Saturday, November 17, 2012 at The Church of Jesus Christ of Latter-Day Saints, Paradise Building, 4500 Paradise Rd, West Richland, Washington. Funeral services will begin at 1 p.m. She will then be laid to rest at Sunset Memorial Gardens.

In lieu of flowers, memorial donations can be made to American Cancer Society, 7325 W Deschutes Ave, Kennewick, WA 99336.