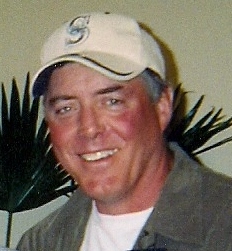 From Kennewick, WA, US | Born in Seattle, WA

Our beloved husband, father, brother, and friend went to be with our Lord in heaven on February 16, 2013 at the age of 57. Born January 25, 1956 in Seattle Washington to Grace Butalla Quinn and Michael Leonard Quinn. Tim enjoyed sports throughout his life playing CYO baseball and basketball and on into high school Varsity baseball, basketball, and golf. His love of golf began early at the age of 11, gathering golf balls in exchange for course time.

Tim entered WSU on a golf scholarship, becoming captain of the team early on. He graduated with a degree in Criminal Justice in 1979 and continued to be an avid Cougar fan throughout his life.

After college Tim went to work on the Tactical Response Team for Hanford Patrol where he earned several awards for his marksmanship. His 33 year career at Hanford allowed him to continue to use his Criminal Justice degree for occurrence reporting, and safety and security for several companies, most recently at Washington Closure Hanford.

In 1985 Tim met the love of his life, Lori Hodges of Richland , and they married on April 1, 1989. Kaitlyn Quinn blessed their family in 1991 and Alex Quinn completed it 2 years later in 1993. Tim was a devoted father and his children’s biggest fan and proudly attended all of their various activities.

Tim loved fishing and golfing with Bill, T, Tony, and numerous other friends. Growing up, he always took care of his little brother and four sisters. Tim was loved for his big and generous heart and could always be counted on to help even giving the shirt off his back.

I love you and miss you, Babe. You’re the love of my life and the light of my soul.