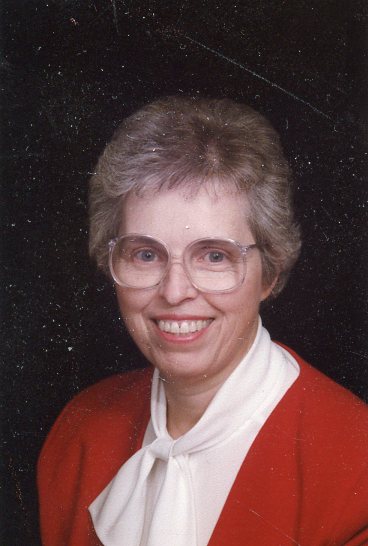 From Richland, WA, US | Born in McIntosh, FL

Lucy Miller Walkup Harding was born in her family's school-house turned home in the small Marion County town of McIntosh, Florida on May 9, 1930. Delivered to her parents, John Belk Walkup, Sr. and Lucy Miller Keister, by Dr. J.L. Strange, she joined a sister and three brothers - Ida Mae, John, James and Howard. Her fourth brother, and youngest sibling, Clark, was born about a year and a half later. Lucy's parents had purchased a retired school house and remodeled it into a home when they moved from Greenville, S.C. to McIntosh, the town where Mr. Walkup was born and had grown up and where Lucy's grandfather, the physician Dr. Henry Clay Walkup, lived a practiced medicine with the aid of horse and buggy and his one remaining arm having lost the other arm in the Civil War.

Lucy attended the McIntosh elementary school. Her first three grades were in the same classroom under the tutelage of Mrs. Wingate. Grades four, five and six were taught together by Mrs. Limbaugh. During third grade, Lucy began piano lessons with her much loved teacher, Miss Lois Dickson and she continued lessons with her throughout high school. Lucy would keep a picture of Miss Dickson next to her piano the rest of her life. From the seventh grade until graduation in 1948, Lucy rode a yellow school bus to Reddick High School a consolidated county school some 10 miles from McIntosh.

Lucy loved piano and guitar. From her early teens she used her piano skills to accompany many soloists including a weekly radio show at WTMC in Ocala, Florida. She played for weddings and worship services in her home town church as well as for summer camps and many other churches. Her piano work continued throughout the years - including accompanying the choir at Central United Protestant Church in Richland. She continued her studies in piano and music theory at Vanderbilt University in Nashville during the four years she lived there in the late 1980s, adding harp lessons as well. In her senior years she continued playing the piano by volunteering for several small congregations worshiping near her Richland home.

Lucy attended Queens College in Charlotte, North Carolina for two years, beginning a major in Bible studies with the dream of becoming a foreign missionary. She then transferred to Emory University, Atlanta, Georgia, from which she earned a BS in Nursing. Her dream changed when she met and was married to Joe Andrew Harding in 1953. They were married at The Lutheran Church of the Redeemer in Atlanta, where Joe was serving as an intern under the tutelage of Dr. John Brokhoff. During their 40 years of marriage Lucy taught Bible courses, used her musical talents and otherwise served as a "minister's wife" in Salem, Oregon, Yakima, Seattle and Richland, Washington. She was the mother of four talented children - Sarah Kathryn who died at age 19 along with her friend, Carol Allender, as the result of an automobile accident on the icy Benton City Bridge in January of 1973, Joel Andrew, an electrician and welder, John Walkup, a manufacturing engineer, and Philip Edward, an artist and architect. Through her children she became a grandmother of five and great-grandmother of one.

In 1973 Lucy Harding, RN, joined the first staff of what was then known as the Mid-Columbia Mental Health Center in Richland - now Lourdes Counseling Center. Here she discovered her love of psychology and mental health nursing. She helped organize and served as a volunteer counselor for the "Problem Pregnancy Counseling and Referral Service," which was begun in the early '60s, and at "Middle Earth," --an early gathering place to assist young people having problems with drug use and abuse in the Tri-Cities.

In the late 1970s Lucy enrolled in graduate study and in 1980, at age 50, received her Master of Science Degree in Counseling Psychology from Central Washington University at Ellensburg, Washington. She also received Certification as a teacher of Parent Effectiveness Training and Teacher Effectiveness Training, after which she taught these courses quarterly for twelve years in Richland and Walla Walla.

In Richland, Lucy founded both the "Christian Counseling Service" and "CONTACT Helpline, Tri-Cities." She initiated and lead projects such as CONTACT's "Saturday Market" and the annual "Christmas Market." Lucy also served as a volunteer in charge of Training CONTACT's telephone workers. She became Executive Director in 1992 and served in this capacity until her retirement.

Lucy will be deeply missed, especially by her sons to whom she was always a steadfast councilor, friend, patron and confidant, as well as a loving mother.

A visitation will be held from 10:00 until 11:00, Saturday, March 23rd, at Einan's Funeral home in Richland, followed in succession by a graveside funeral service at 11:00 AM and a 12:00 noon memorial service celebrating her life at Richland's Central United Protestant Church.