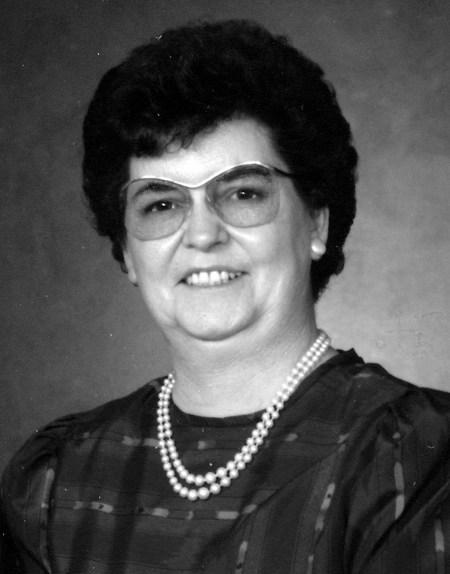 Lucille Mae Crawley was born August 19, 1928, as the eldest child of Emil and Margaret Tobeck in Clayton, Washington. She passed away on April 1, 2013. in Ferndale, WA. of a long-term degenerative illness.

She was raised on the family farm near Clayton and graduated from Deer Park High School in 1945. She moved to Spokane after high school and took her first job with the phone company. She lived several places around Eastern Washington before settling in Richland in 1961. She raised her 3 children and spent the next 43 years in her ranch house on Birch Street. Playing bridge was one of her favorite social activities and she had many friends from her bridge clubs. She was also active in several bowling leagues over the years. Many will remember her from the years she spent working at Pennywise Drugs before it closed in the early 80's. In 1974, she and her husband Dave Crawley purchased a lake cabin on Loon Lake near her childhood home. Many happy times were spent at the lake playing cards, dancing and listening to country music, and having fun with her friends and family. Lucille and Dave moved to Whatcom County in 2004 to be closer to their children.

Lucille was preceded in death by her parents and her sister June Wisdom. She is survived by her husband David Crawley of Ferndale, brother Cecil Tobeck Linda of Deer Park, sister Margie Malek of Loon Lake, brother Neal Tobek Lindy of Elk, her sons Victor Hubbard Diane and Brad Hubbard Sandra of Bellingham, daughter Christy Hubbard of Woodinville, and step-children Patty Crawley Campbell, and Chuck Crawley. She was also very proud of her grandchildren Meika Hubbard, Bryn Hubbard, Karly Lane, Mitchell Oviatt, Mia Oviatt, and Jared Oviatt. She also stayed in touch with the Hubbard family in Spokane over the years. Our sister, mother and grandmother will be missed by all of us.

Special thanks go to the staff of the Peaceful Villa Adult Family Home where she was provided with loving care the last few years of her life. Thanks also to Whatcom Hospice, who were able to help her pass to her next life with comfort and dignity.

Services will be held at Sunset Gardens Memorial Park in Richland on Saturday, April 20th. Visitation/ viewing will be at 11:30 a.m. and graveside services at 1:00 p.m.