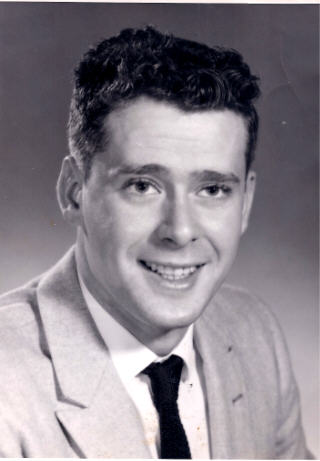 From West, Richland, WA, US | Born in Rumford, ME

Dale W Fulton, of West Richland, very peacefully entered in to the arms of his Lord and Savior Jesus Christ on Monday May 6. Dale was born on March 31, 1942 to Velma and Hugh Fulton in Rumford, ME. He graduated from Mexico HS in 1960, and went on to vocational school to learn his trade as a machinist.

Dale married Doris Dufour in August of 1967 and he worked in CT making the locking parts for the Apollo Space Program for space suits for awhile before opening their own business in Rumford, ME called Dale's Refrigeration. As my dad would often feel sorry many of his elderly clients, he'd often come home empty handed after giving many free repairs all day. After several years of that, mom got a little frustrated and felt it was to make a move to a real job and off to Arizona we all went.

After only living there a year, Dale found a job at the Hanford Reservation in 1980, where he spent the remainder of his career, making a life in the Tri-Cities.

Dale's passions included his impressive gun collection, target practice and later his Catholic Faith. He was a man of few words, but those who got to know him well loved and respected him.

Dale is survived by his older brother, Keith & wife Della Fulton of Lempster, NH; his little sister Sharee and husband Robert Thompson of Roxbury Pond, ME; his children, Ronald L. Fulton of Moorestown, NJ and Shayne Bono of West Richland, as well as his grandchildren, Brianne Fulton, Veronica and Venessa Fulton, Megan and husband Andrew Shupe and Casey and her husband Kellen Belew.

Services will be held at Christ the King Church in Richland, WA on Monday May 13, 2013 at 10:00am with a lunch reception immediately following there at the church.

Dale was just recently preceded in death by his wife and our mother, Doris Fulton. They will be buried at the end of June at St. John's Cemetery in Rumford, ME in a graveside ceremony with a family gathering soon after.