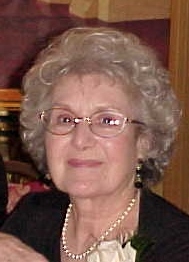 From Richland, WA, US | Born in Joliet, IL

Madeline Bennett grew up in Olympia Washington with one sister, Mary Drew and one brother Al Corke. Her brother Joe Puppel was raised in Illinois. She grew up in a loving and spirited family headed by Bill Corke. Bill, a gregarious Irishman read to the children, played with them and added the "spark" to the family. Madeline had a special bond with her father and frequently went with him on his mail routes. Teresa, her mother, true to her Italian roots was the family caretaker and an exceedingly kind woman. Living during the depression in a poor family resulted in lifelong deeply entrenched values Madeline passed on to her family: unconditional love, hard work, kindness and satisfaction and gratitude for what she had. She was content throughout her lifetime regardless of circumstances, with a focus on "need" rather than "want."

Madeline's marriage to Greg spanned 65 amazing years filled with happiness. Although like any couple they went through challenges their love, always prevailed. They met during the war when Greg was in the Navy and spent all of their remaining years together until Greg's passing. As a couple they set the standard for marriage; they were loyal, challenged each other, supported each other, were best friends and "bickered" like only life-long best friends can do. Madeline deeply grieved Greg's passing and although she attempted to find contentment without him it seemed an insurmountable challenge. Madeline's struggle is characterized by the saying, "With my last breath, I'll exhale my love for you" Jarod Kintz.

Love for family characterized Madeline's time with us. Her husband, children, grandchildren, great grandchildren and great great grandchild were her reason for living. Madeline lived by the concept that, "Family is the greatest gift of life" Unknown. She had a kind generous spirit, always thinking of others first and infusing her family with unconditional love, binding them closely together as a family unit. She provided strong and consistent moral support for her family. This consistent care and support epitomized the concept of love, "Love is the master key that opens the gates of happiness" Oliver Wendell Homes. Madeline as the family matriarch held the key to her family. They celebrate together, vacation together and are involved in each others lives, despite long distances separating the family. Testament to Madeline's strong family bond is the fact that one week before passing she was surrounded by her entire family in farewell, with the exception of the young children.

Madeline was an independent woman ahead of her time. During her generation wives generally did not work. Greg supported her working and treated her fully as an equal. Madeline excelled in her career holding numerous high caliber jobs including Vice President of Steadman Securities in Washington D.C., Executive Secretary for a Vice President of Boeing, and Office Manager/Executive Assistant in other roles. A highly intelligent woman, her work ethic was commendable and consistently sought after. Her daughters have carried forth her work ethic to their families.

Madeline fought a long and difficult battle to remain with us but in the end her frail body gave out. Her two daughters Valerie and Alicia and her grandson Aaron were by her side in her transition to the next life. In a vision seen by Valerie at the moment of her passing she was racing towards Greg, Bill and Teresa. Everyone was young again with their arms outstretched waiting for her. When she reached her loved ones they all turned and walked away, encircling her in their arms. Madeline is where she needs to be but she will be sorely missed by her family. A close and loving family spanning five generations survives her. She was consistent and integral part of the lives of each generation. Survivors are Valerie Bennett Naquin and Alicia Berka, daughters; Aaron Scott, Andrena Galloway, Cassie Dalton, Damian Naquin and Zach Berka, grandchildren; Danielle Galloway, Jordyn Carter, Tyler Carter, Palmer Dalton, Marlee Dalton, and Cohen Berka, great grandchildren; Aaliyah Faith Carter great great grandchild; in-laws Skip Berka, Jason Dalton, Jessica Naquin and Alison Trubacz. This five-generation family deeply grieves the loss of the family matriarch.

Madeline's family will release her spirit to her beloved husband Greg through the symbolism of the swans facing each other on their crypts. Swans mate for life. Madeline and Greg are now together in eternity.

Service for Madeline will be held on Sunday, September 15th, 1:30 PM at Sunset Memorial Gardens/Event Center, 519 By Pass Highway, Richland, Washington. The family requests donations to the newly created Madeline and Gregory Bennett Family Foundation or flowers. Gifted in honor of Madeline the foundation is focused on supporting families in dire need due to circumstances beyond their control. Donations can be mailed to Valerie Naquin, P.O. Box 92092, Anchorage, Alaska 99509. All donations will receive acknowledgement and listing in the foundation Annual Report.