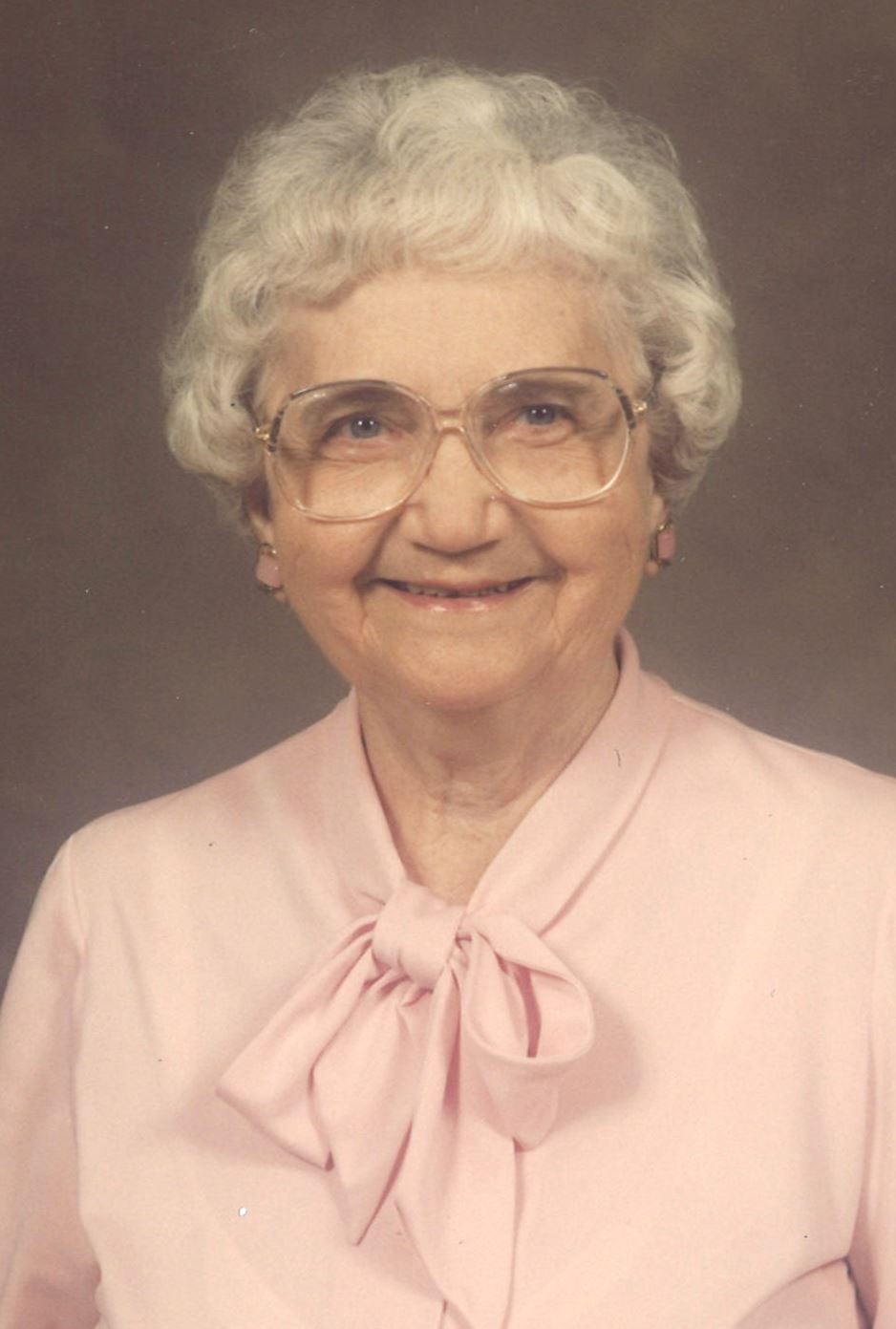 From Kennewick, WA, US | Born in Westminster, MD

Charlotte Fisher Myers Cone went to be with the Lord Jesus March 5, 2014. She was born January 15, 1915 in Westminster, Maryland to James Lloyd Myers and Frances Louise Fisher.

She graduated Valedictorian of her class in 1931 in Taneytown, Maryland. Because she was only 16, she had to wait two years to enter the University Of Maryland School Of Nursing where she met Armon Frank Cone who was working as an Attendant at Shepherd and Pratt, one of the hospitals associated with University Hospital. On their first date she told her roommate she'd met the man she was going to marry. Three weeks later, on November 15, 1935 they eloped. Their love affair, which lasted 55 years until Frank's death, was an inspiration to all who knew them.

They moved to Eastern Shore, Maryland in 1942 where she accepted Jesus as her Savior while attending Allen Memorial Baptist Church. It was here she made friends of two Scottish ladies and learned the ritual of afternoon tea. Over the years this continued to be a pleasant past time for her.

Mom taught herself to sew when she was a young woman and made all the family clothing. When daddy retired on disability at 49, mom went to work using her skills as a seamstress to help make ends meet. She especially enjoyed making wedding gowns and bridesmaids' dresses. She was talented in many crafts, especially counted cross stitch, knitting and crocheting. Her artistry with a needle was phenomenal.

Mom and Dad moved to Florida, which they loved, in 1983. They were members of Jensen Beach Baptist Church, Jensen Beach, Florida while they lived there. When daddy died in 1991, mom moved to Richland, WA a year later to be near her daughter and family. In Richland she was a member of the Richland Baptist Church where she continued to serve the Lord teaching a Bible Study class of women her age. She was also a part of the ministry to the Juvenile Justice Center. The young people there respected her and called her Grandma. Altogether, mom taught the Bible for almost 70 years.

She was a member of the Gideon's International for many years. After daddy died, the Florida camp made her a veteran member lifetime. She participated in many Bible distributions as she believed the Word of God was the way to make a difference for good in people's lives. Mom loved the word of God and has read the Bible through every year since 1968.

She was always interested in the welfare of our country and participated in politics on the local level. When she was over 80 she was a Republican Precinct Committeewoman and attended several Benton County Conventions. She aided several candidates by having coffees and making telephone calls.

When daddy was alive, they traveled extensively, taking two trips to the Holy Land and one to Oberagamau, Germany to see the Passion Play. They earned their trips by enlisting friends to accompany them. When they lived in Virginia, they would travel West every two or three years to visit family. They both loved history and traveled up and down the East Coast of our nation visiting historical sites.

As she aged she did not slow down, everyone was amazed at the energy and vitality of one her age. Her interest in life and people helped to energize her. Family and the Lord Jesus were always her priorities. She and daddy never had much of this world's goods but they were rich in friends and in their service to the Lord. They truly stored their treasures in heaven.

She was preceded in death by her husband Frank of 55 years, her parents, brother James Lloyd Myers Jr., and an infant brother Charles Edward.