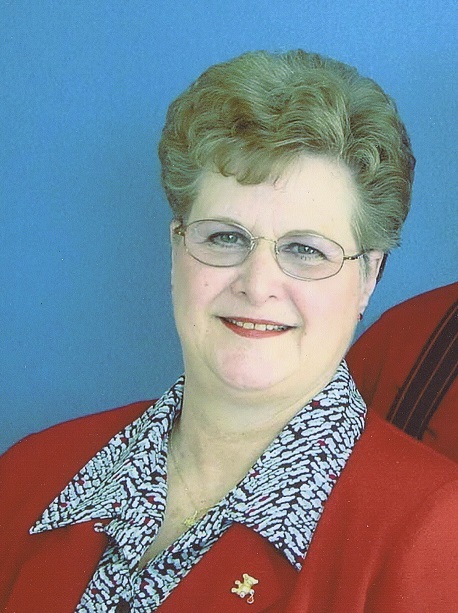 From Richland, WA, US | Born in Seattle, WA

Isabella "Bell" May Minter Schwenk, age 73 was born on 4/26/1940 in Seattle, WA and passed away 3/13/2014 with family at her side, at Kadlec Medical Center, Richland, WA after a courageous battle with heart disease.

Bell was born to Arthur and Jeanie Minter on 4/26/1940 in Seattle, WA. Bell grew up in West Seattle; participating in Job's Daughters activities. As a young teenage girl, she met the love of her life, Earl Barner Schwenk, Jr. and his family. Bell was Earl's Chapter sweetheart when he was Master Councilor of Seattle Chapter of DeMolay 1955. She graduated from West Seattle High School in 1958. After graduating high school, she spent time in her mother's hair salon "The Heather Wave Salon" and attended cosmetology school. September 2, 1960, Bell married her loving husband of 53 years.

Bell and Earl moved from Seattle to Richland, WA in 1967 where they raised 4 daughters. She was a member of Northwest United Protestant Church since 1967 where she was a member of the choir for many years, as well as being an active participant and volunteer; She joined Mother's of Multiples in 1973, both which she remained very involved and made many life-long friends. Bell was a devoted wife, mother and grandmother. She enjoyed making clothes and later other projects for her daughters, grandchildren, friends and several organizations. While raising a family, Bell was also a big support to Earl in all his educational and professional endeavors both prior to their marriage until the day she passed. Bell also had many "other kids and grandkids" in which she formed close relationships over the years; many are now grown children who were friends and neighbors of her daughters, and grandsons, as well as many small children she provided care for in her home over the years. She enjoyed watching them all, in addition to her own grown children having families of their own. Bell maintained many close relationships; remaining in contact with as many as she could keep up with until just prior to her passing. She was known as "Mama Bell" and "Grandma Bell" to only a select few; all of which know who you are.

After raising 4 daughters, Bell worked at Hancock Fabrics, Fabricland, JoAnns Fabrics, and Perk's Sewing and Yarn in Richland, WA. Bell's biggest priority was her husband and family. She took great pride in being present and involved in her children and grandchildren's athletic, and music events. She was always quick to proudly describe her 4 daughters and their educational and professional accomplishments. Bell's ultimate pride and joy are her grandchildren. She supported all her grandchildren; even learning to love the game of football and baseball as she and Earl rarely missed any game or tournament in or out of town, making numerous trips across WA and OR. Bell continued her interests and talents as a seamstress and was a particular lover of all family dogs. Upon retiring Bell became very active in supporting and attending events with her husband through the Richland Masonic Lodge #283, The Scottish Rite Kennewick Valley, and Masada Shrine and Desert Patrol.

Bell is survived by her loving husband of 53 years, Earl B. Schwenk, Jr. Daughters, Jeanie Schwenk Jeff Wolkenhauer of Hillsboro, OR, Heather Schwenk Thomas of Kennewick WA, Crystal Schwenk of Bellevue, WA and Cheryl Schwenk Brian Frost of Kirkland, WA. Grandchildren, Emily James of Portland, OR, Jordon Thomas of Bothell, WA, Austin Thomas of West Seattle, WA, Selena Wolkenhauer and Marcus Wolkenhauer of Hillsboro, OR and Peyton Frost of Kirkland, WA. Brother Douglas Minter Cynthia of Southern CA, Aunt Michi Pope of Vashon Island, WA and many cousins, nieces, nephews, friends and neighbors. Bell could always be depended on to go the extra mile, always being very active and supportive in the lives of all those whose lives she touched.

Bell enjoyed being a big part of her husband's, children's and grandchildren's lives as well as remaining active in multiple activities and social events. She enjoyed grandchildren, sewing, crocheting, knitting and the Mariners. Bell was preceded in death by her parents, Jeanie and Arthur Minter, in-laws Emily and Earl B. Schwenk Sr., sister-in-law Emily Jean Brooks, Uncle William Pope and special friend and confidant, Barb Lewandowski.

Viewing will be Friday, March 28, 5:00 – 8:00 pm at Einan's Funeral Home. Services will be held on Saturday, March 29th at 2:00 p.m. at Northwest United Protestant Church with graveside service, and reception to follow.

Flowers if you wish, but remembrances can also be sent to the Spokane Shiners' Hospital or to Scottish Rite, Rite Care of Washington childhood speech language program