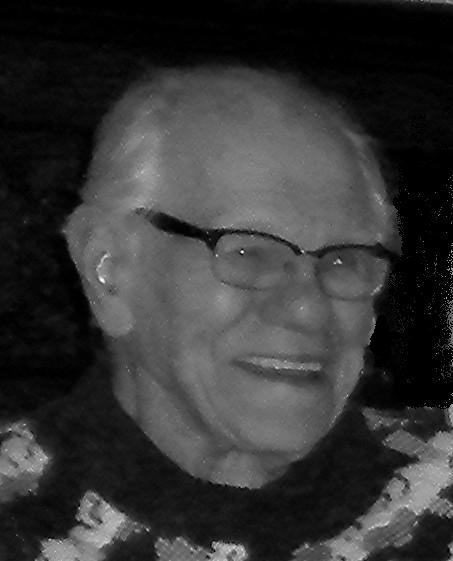 Henry George Rieck Jr. – George or "H" was born August 30, 1922 to parents Henry and Minnie in Crow, Oregon. As a boy, he and his brother Bob Robert worked hard on his family's homestead. He still had enough time to learn to play the 12 string guitar, play it for the local radio station, and enjoy tennis. He was part of the generation that experienced the Great Depression.

To graduate from both the University of Oregon and Oregon State University with Bachelors and Masters Degrees in Chemical Engineering, George used his tennis skills to pay for his college tuition. He served in the US Army at the end of World War II, as a General's Aide, helping to rebuild the government infrastructure of Germany. After the war, he moved to Richland in 1947 to work at Hanford, starting with DuPont and eventually Battelle Northwest, the company he "retired" from at 77, not sure what he would do with his time…

George married his wife, Giny Virginia in 1953. They had three sons, Bob Robert, Curt Curtis, and Jeff Jeffery who were born and raised in Richland. His daughters, Mary and Rita, arrived later through marriage to Bob and Jeff, respectively. He was blessed with grandsons Daniel Bob, Bennett Bob, Jared Curt, and Joel Curt. His granddaughter, Camille, arrived when grandson Daniel got married in May 2012.

With an inquisitive mind that expressed itself through many avenues throughout his work career, George enjoyed an active retirement. He was an avid outdoorsman, scientist, and engineer, who had a fascination with and knack for computers; he was an inspiration to his sons and grandsons. George was heavily involved in a number of fraternal organizations, volunteered at the Benton Franklin Fair and Rodeo, and was a Master Gardener. He, along with his wife, Giny, dedicated a major portion of their time to encourage youth in scholastic endeavors. He received many awards and honors for his work, both volunteer and professional.

Giny's beloved husband and our beloved father and grandfather passed away Saturday, July 19 after a courageous battle with cancer. He is now gardening and tinkering with God and having a blast talking with The Master Gardener and Engineer.

George is survived by his wife Giny, after almost 62 blissful years together, and their aforementioned sons, grandsons, as well as daughter in-laws and granddaughter in-law. He will be missed by many. Any donations considered should be made to the charity of your choice.

There will be a memorial service celebrating George on August 30, at 11:00 AM at the Kennewick Masonic Temple, 601 West 6th Avenue, Kennewick, WA with lunch to follow.