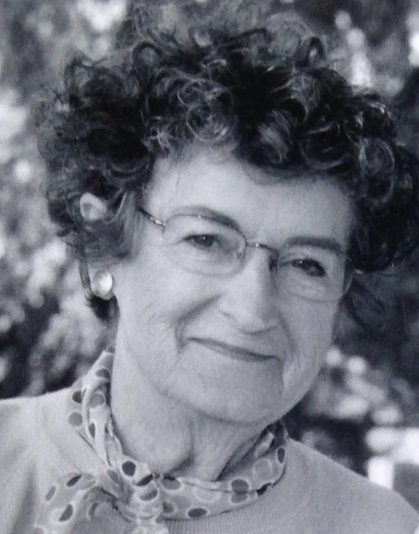 From Richland, WA, US | Born in Layton, UT

Our Mother passed away quietly in her home after a brief, but courageous battle with cancer on Wednesday August 13, 2014 at the age of 86. Mother was born on December 21, 1927 in Layton Utah, the youngest daughter of Ernest and Victoria Owen.

She often spoke fondly of her childhood years as one that was surrounded by the security of a close family. She was taught by her loving Mother the virtues of respecting others and being honest in your dealings with others.

She lived during the Great Depression, but her life was never expressed as having to go without. Her father worked very hard to provide for his family as a carpenter making cabinets, furniture as well as remodeling homes. Her industrious mother taught them how to provide for themselves canning their garden produce and making clothes out of things they had. Mother's young life was full of imagination, and her feisty and free-spirted personality thrived on adventure. She filled her school days participating in drama clubs and was captain of the tumbling team. She developed a love for art and was found to have quite a talent in sketching. She also worked as a telephone operator out of High School when she met the love of her life, Kenneth Wheeler. They were married on June 20, 1950, and began their first home in Berkeley California where Dad was going to school. Mom worked for the Telephone Company until their two daughters Jody and Jennifer were born. Dad graduated and the couple picked up their little family and moved to Richland Washington where Dad took on a job at the Hanford Laboratories. Their two sons Kirk and Darren joined the family after they moved there.

Mom had a great desire to further her education, so she took classes at CBC in Art and Early Childhood Education where she got her AA degree. Mom served as Vice President of the local Allied Arts Association and worked as a Para Educator at Badger Mountain Elementary where she retired in 1991. She was an active member of the Church of Jesus Christ of Latter-day Saints and served in many callings as Cub Scout Den leader, Young Women's leader, and served in the Columbia River Temple with Dad. In 2011, her loving companion and best friend of 60 years passed away.

Mom's life has been filled with service to our family and others. She will be greatly missed. She is survived by her children and spouses: Jody Les Wilson, Lacey WA; Jennifer Nolan Empey, Mesa WA; Kirk Wheeler, Seattle; Darren Tamara Wheeler, Maple Valley WA. She dearly loved her 13 grandchildren and 13 great-grandchildren. She leaves behind her sister Laura of Lacey Washington. Our family wishes to extend a heartfelt thank you to Hospice for their loving and compassionate care for our Mother.

A viewing will be held at Events at Sunset on Thursday August 21 from 6-8 pm. There will also be a viewing prior to the funeral services Friday August 22 from 9:30-10:30 a.m. at the LDS Keene Building, 3701 Watkins Way, West Richland, Washington. Funeral services will be at 11:00.