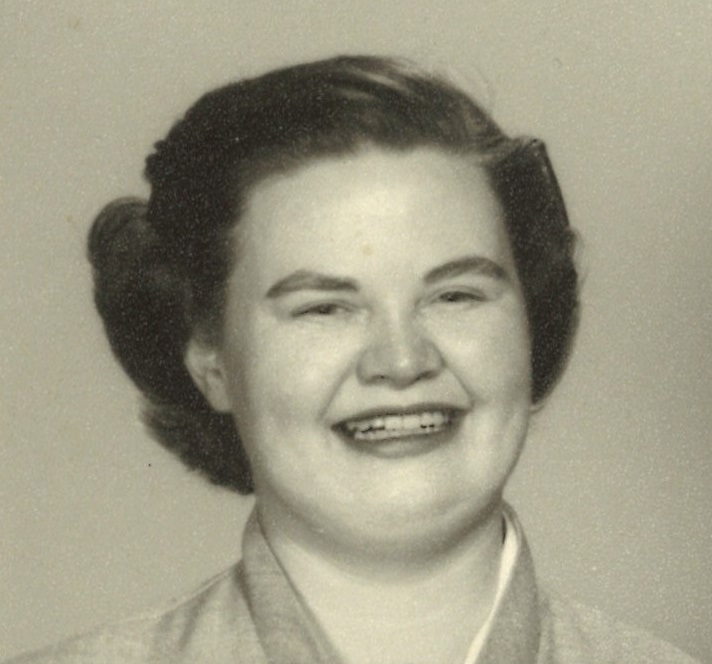 Mary Kathryn "Kay" (Simonsen) Mesford passed away Thursday, November 13, 2014.  She was born April 6, 1934, the first of four children to Arthur and Elizabeth (Dunn) Simonsen.  She grew up in Baker, Oregon, and told stories of her childhood living in a converted train car, that moved their family up and down along the line as her father repaired the tracks.  Her small town school years were spent with the same group of kids from kindergarten through high school.  Kay achieved her Bachelor's degree in Nursing at Pacific Lutheran College, where she met Bruce Edward Mesford, the man she would wed; their marriage lasted 50 years until his death on November 13, 2007 (seven years to the day before hers).

Kay and Bruce spent the beginning years of their marriage in Tacoma where she worked for Tacoma General Hospital.  After Kay's mother had a stroke, they moved back to her hometown of Baker to help take care of her mother.  Kay always talked about how much fun it was to be an office nurse there for Dr. Roger and be close to her brothers and sister.

Kay and Bruce moved their family to Richland, Washington in 1967.  Kay went to work for Kadlec Hospital in 1970 as a critical care nurse in Kadlec's Intensive Care and Cardiac Care units, where she worked until her retirement in 1997.  For the majority of those years she worked the night shift, raising and caring for her children during the day.

Kay was a tireless supporter of the activities of her children and grandchildren; band trips, concerts, baseball and basketball games all saw her participation or attendance.

She was an endlessly nurturing person; even her fellow nurses affectionately referred to her as "Mother Kay."

Toward the end of her life, deteriorating eyesight and compounding health problems limited her activities, but Kay never tired of time spent with family and friends.

Kay is survived by her sister Carole, brother Art (Lee), and adopted sister Toni; children Tim, Kent, Kurt, Kristin and Gregg; and grandchildren Steven, Benjamin, Sabra, Kathryn and Haven, as well as many nieces and nephews.

Memorial services are scheduled for Sunday, November 23 at 1:00pm at the chapel at Einan's Funeral Home in Richland.