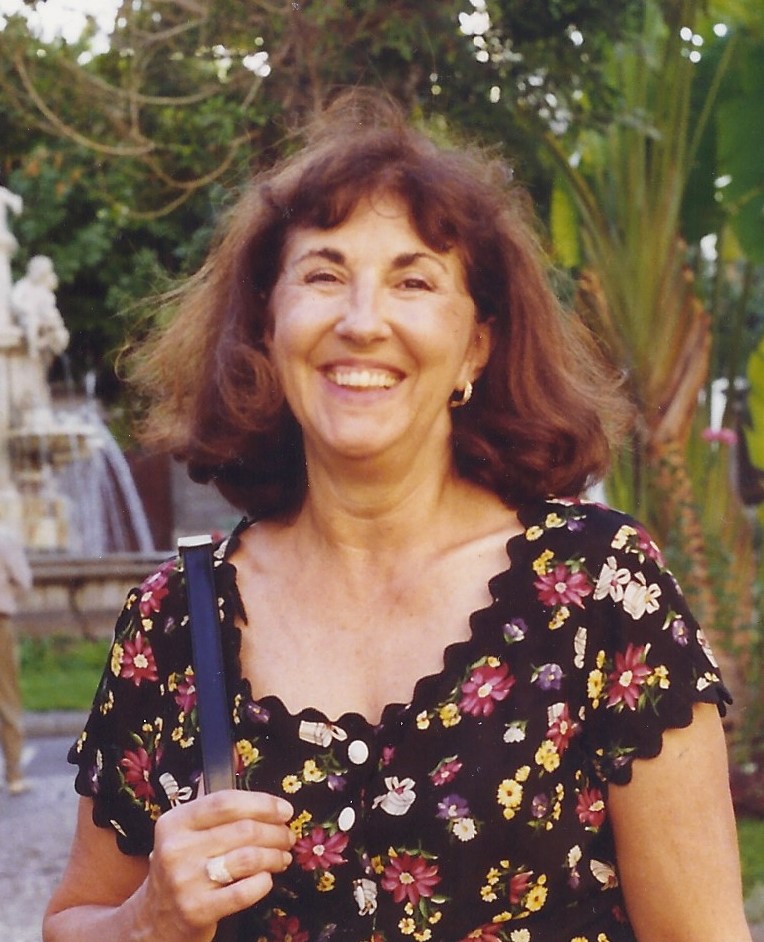 Hilary Adele Sen
was born in Grappenhall, Cheshire, England on September 8, 1936, the oldest
child and only daughter of David Philip John Skitten and Elizabeth Dora Skitten,
nee Barker. Not long after her birth, the family relocated to the village of
Moss Bank, St. Helens in Lancashire, where they would remain for the next five
decades. Among her earliest memories are her beloved father leaving the family
to serve in Africa during the war, of air raid sirens and sleeping in the
cupboard at the neighbors’ house – they had an air raid shelter – with her best
friend, Gerald Allender, of food rationing and attending school outfitted with
a Mickey Mouse gas mask and, most significantly, that morning the day after her
7th birthday in 1943 when she thought she heard a duck quacking in
the house and learned the duck was actually the first cries of her adored
little brother, Philip.

From an early
age, Adele was a caregiver. Both she and her baby brother suffered from asthma,
and Adele took it upon herself to care for young Philip, often taking him to
his doctor’s appointments and sitting up with him nights when he was ill. At
16, she began her nursing career and it was in her capacity as a nurse at
Billinge Hospital, that she met a handsome young doctor from India, Anjan Kumar
Sen. Although Anjan later moved to various places within the UK for work, he
kept up his correspondence with the beautiful Adele and eventually, after many
years and much negotiation, he persuaded her to marry him. They married in a
modest ceremony at the Office of the Registrar in London in 1966, attended my
Adele’s father and younger brother and a few friends. Later that year, Adele
would give birth to their first child, a son, Dev Kumar.

In 1967, the
little family made a major change, leaving London for Richland, Washington, a
radical adjustment indeed. Though there were many struggles to adapt to a new
country and culture, and especially the hardship of being so far from home, the
family settled in and, in 1968, welcomed a second son, Neel Anjan. Neel’s
arrival was presently followed by another son, Robi Paul, in 1970, and in 1971,
the same year the family would move to the home that would be theirs for the
next four decades, a daughter, Paula Elizabeth.

The home in North
Richland was always full. In addition to four small children, there were nearly
always guests, relatives and later, as the children grew older, their friends,
staying in the house, all of them cared for by Adele. Adele had the
extraordinary ability to care for her children, manage the household, obtain a
Bachelor’s degree, work, cook a hot dinner every night, help with homework,
tell four different children four different bedtime stories, and always appear
as though she’d just emerged fresh from the salon.  In the summers, the family traveled,
sometimes everyone jumbled into the station wagon on long, long road trips to
Mexico, and, more often, trans-Atlantic flights, usually to England, where she
also somehow managed to do the caretaking for her mother and brother. She would
often accomplish these trips to England on her own, traveling thousands of
miles with four little children, as Anjan would stay in Richland and work, with
the intention of joining his family later.

By far Adele’s
most notable characteristics, immediately apparent to all who knew her, however
briefly, were her fierce love for her family and the remarkable depth of her
compassion. At work, first at Our Lady of Lourdes, then Kennewick General, and
finally at Kadlec, she was always efficient and capable in a crisis, but
performed her duties with a calm and reassuring care that was immediately
understood by co-workers and patients alike. At home, she provided food,
shelter, and nurture to all who entered, often other people’s children, who she
looked after as though they were her own. And she was fun. She loved to dance
and throw large dinner parties and was an excellent cook. Her children’s
friends often eagerly angled to get invited to dinner, and there was always
enough for everyone. She was a loyal friend and trusted advisor to many, and
she never hesitated to drop what she was doing in order to help someone else.
She loved to read and travel and shared these passions with her children. She
derived great enjoyment from gardening and, always the English woman, never
missed an occasion to have a cup of tea. Adele was staunchly independent,
sharply intelligent, and strikingly beautiful. She was proud, but never vain,
exceedingly tender, yet tough as nails, and had an air of authority that could
be either terrifying or reassuring, depending on the situation. She had a
mischievous sparkle in her eyes and a brilliant smile that revealed the
generosity of her spirit to anyone it was bestowed on.

As with any life,
there were struggles and loss. Adele lost her beloved father only weeks after
moving to the states, her mother in 2001, and, heartbreakingly, her adored
younger brother, Philip, in 2004. Most significantly, the loss of her second
son, Neel, in 2011 was devastating. But there was also great joy, such as the
wedding of her son Robi to Gloribel Rivera in 2006 and especially, the birth of
her grandson, Philip Josef, in 2007, who was the apple of her eye and brought
her happiness in comfort in her later years.

Although her last
years were marked by declining health brought on by chronic illness, her loving
spirit remained unchanged to the end. The funeral will be held at Einan’s at
Sunset, 915 Bypass Highway, Richland, WA. 99352, on Saturday February 6, 2016
at 2:00 P.M. with a viewing at 1:30 P.M. Immediately following the service, all
are invited to a reception at Meadow Springs Country Club.