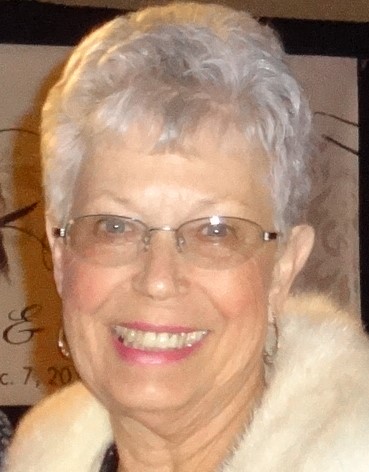 Roberta “Robin” Clark Morris February 17, 1942 – August 3, 2017. Robin Morris, age 75, passed away August 3, 2017 at the Hospice House in Kennewick, Washington after a long and courageous battle with cancer.  Robin was born on February 17, 1942 in Decatur, Georgia to parents Robert Emmett Clark, Jr. and Winifred Gurley Clark.  She grew up in Decatur and graduated in 1959 from Southwest DeKalb High School where she was involved in the high school newspaper. She went on to attend Pfeiffer College in Misenheimer, North Carolina.  Her passion for journalism continued during her college years through her work on the Pfeiffer News, culminating as editor her senior year. Through a blind date in September 1959, Robin met Jim Morris. Upon graduation in June 1963, Robin landed a job with the Atlanta Journal.  She was beginning to live her professional dream of becoming a reporter.  Robin and Jim were married in December 1963 and Robin left the Atlanta Journal to join Jim in Waycross, Georgia, where he was working.  Robin began her teaching career at Ware County High School teaching English and speech and was an advisor to the yearbook. In the summer of 1965, Robin and Jim moved to Athens, Georgia for Jim to attend the University of Georgia.  Robin continued teaching speech, English and journalism and was the advisor for the newspaper at Athens High School from August 1965 to January 1970. Her students excelled and won many awards in speech and newspaper competitions.  Robin spent the summers between 1965-1970 working on her Masters in Communication.  She realized her dream of graduating from the University of Georgia with a Master’s Degree in Communications from the Department of Journalism in 1970. At this point, Jim and Robin headed west to California for Jim’s Post-Doctoral work and this is where they started their family.  Paul, then followed by Eric, were born in California.  The family headed north when Jim accepted a position with the Pacific Northwest Laboratory in Richland, Washington in 1973. This was followed by another milestone in the Morris family with the addition of 2 more sons, twins Kirk and Bret.  As the kids grew, Robin got involved with church and school activities.  She also helped start Twice and Thrice Mothers of Multiples Club (Twins Club), as a place for parents to learn from and support each other. After dealing with Eric's childhood cancer, Robin re-energized a Candlelighters group, a place for families to come together to share about their lives with children with cancer. She was also a driving force to raise funds for Seattle's first Ronald McDonald House. Robin’s journey continued by finding time to teach Sunday school and working to enrich the school experience of students through the Jason Lee Elementary School Parent Teacher Association (PTA).  Her path changed again as she returned to teaching in 1986 and eventually as a teacher at Richland High School.  Answering the call of the students, Robin took the role of advisor for the Richland High newspaper, The Sandstorm (1987-2005), and then later the yearbook, The Columbian (1995-2005). She also worked tirelessly to add journalism classes to the school curriculum.  Robin joined the Washington Journalism Education Association (WJEA) and Journalism Education Association (JEA) in 1987 and was President of WJEA from 1994-1996. She retired from Richland High School in 2005, but continued to be an active member in WJEA and JEA. Robin was recognized many times for her energy and dedication that she poured into each and every project that she was involved in: two Golden Acorn Awards; National PTA Phoebe Apperson Hearst Outstanding Educator Nominee 1991-92 Richland High school PTSA , Who’s Who Among American Teachers 1994, 2002, 2003, 2004; Outstanding Journalism Educator – Richland High School – 1986-2005;  All American Adviser Award – 2005- National Scholastic Press Association; Lifetime Achievement Award -2005 – The Journalism Education Association; Dorothy McPhillips Award - 2005- WJEA recognition for tireless dedication to scholastic journalism,  Master Journalism Educator – 1992-2017. Her awards from Washington Journalism Education Association and Journalism Education Association are a reflection of her commitment to help students rise to their best and for her to walk alongside them, supporting as she could in so many ways.  She spoke often of her larger family with great pride and joy as her students continued to find and enjoy their place in this world.  She saw all people as God’s people and the opportunity to be connected with World Relief and to direct the English as a Second Language Program at West Side Church from 2005-2017 was an example of God’s call to be in service to all of His children and her commitment to teaching, caring and responding to Him. She was also active with the local Tri-City branch of the Daughters of American Revolution.  Robin is survived by her husband of 53 years, James E. Morris, son Paul (Tonia) Morris, son Eric (Stefanie) Morris, son Kirk Morris, son Bret (Suzanne) Morris, brother Clifford M. Clark, 6 grandchildren, 3 great-grandchildren, and numerous cousins, nieces, and nephews.  She was preceded in death by her parents Robert Emmett Clark, Jr. and Winifred Gurley Clark.

Memorial service for Robin will be Friday, August 25 at 11 a.m. at West Side Church in Richland, Washington.