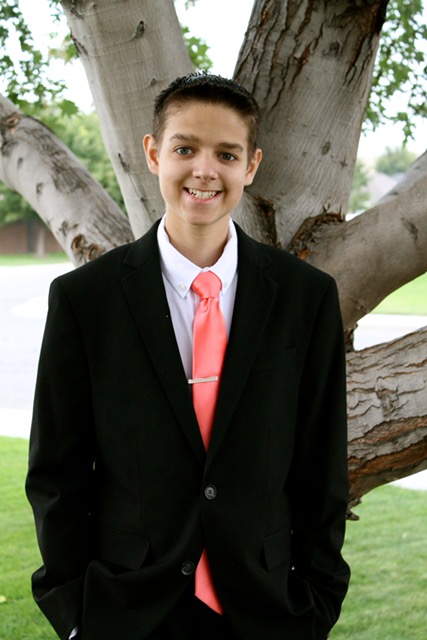 Caden Randy Dirks, 16, of Richland, died October 4, 2017 after a courageous battle with cancer.  He was born May 15, 2001 in Houston, Texas to Randy and Stephanie (Burrell) Dirks.  He was currently a Junior at Richland High School, and had aspirations of becoming a doctor.

Caden was an active member of The Church of Jesus Christ of Latter-Day Saints, where he hoped to fulfill a 2-year mission, as well as a member of the Order of the Eagle of the Boy Scouts of America, which he earned amidst cancer care at age 14.


Caden is survived by his parents, Randy and Stephanie of Richland; two little sisters, Keilie and Shelby, and two little brothers, Brennon and Tyson.  He also leaves his maternal grandparents, Wayne and Rachelle Burrell of Roy, Utah; and his paternal grandparents, Darwin and Jacquelyn Dirks of St. George, Utah.  He is also survived by several aunts, uncles and cousins.  Caden was preceded in death by his aunt, Keilie Burrell.