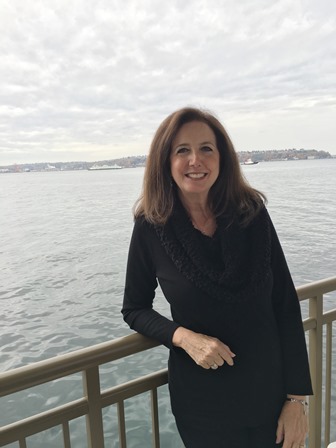 Elena Louise (Perrette) Loera, aged 64, died peacefully on April 17th, 2018 in the loving arms of her husband and family. A beloved wife, mother, grandmother, Elena will be deeply missed by all who knew and loved her.

Elena was born on February 12, 1954 in Brooklyn, New York, the daughter of Frank and Marie Perrette and the eldest of three siblings. Elena’s early years were shaped by the love she experienced within her Italian-American family. She was a thoughtful, caring child who showed a level of maturity beyond her years. At the early age of seven, Elena felt a strong calling from God and so began a lifelong journey in which she chose to follow the teachings of Jesus.

In November of 1972, Elena met the love of her life, Carl Loera in Staten Island, New York. Their love quickly grew and soon she found herself on an airplane headed west to Sunnyside, Washington where they were married on June 30th, 1973. In 1976, now with two small children, Elena and Carl settled in Kennewick, Washington where they created a home and a life together.

Elena began working for the Kennewick School District as a computer math teacher for Westgate Elementary. Beloved by her students and colleagues alike, Elena excelled at her position often going above and beyond to create meaningful connections with everyone she encountered. Later in 1990, Elena left the school district to assist Carl in the creation of their business, Washington Physical Therapy and The Fitness Center. Together they worked tirelessly to build a prosperous business where Elena served as Practice Administrator for nearly 28 years. As Elena grew in her career, she became actively involved in the Pasco Chamber of Commerce. A respected member and business person, she served as President of the Pasco Chamber in 1998.

Elena and Carl served the Lord together through their short term mission work to Mexico and China. Elena also served as a youth group leader at South Hills Church where she truly enjoyed encouraging and praying for the young people she had grown to love. She built a ministry wherever she was; at home, at work, even at Yoke’s fish counter. She delighted in her roles as wife, mother and grandmother. She offered endless support and encouragement to her children, Miguel and Angela. She was a very special Nonna to each of her grandchildren. She was the center of her family. She made everything beautiful. And she considered every moment, the “Best!”

Throughout Elena’s life, the most important themes were her love of God and her love of people. She was the ultimate people person, counting every life who crossed her path as a jewel gifted to her by God. She never missed an opportunity to make someone feel valued and treasured. She believed the best way she could share God’s light with others was through loving them freely, without judgement or motivation. Because of this, she was abundantly blessed with many wonderful friendships throughout her life. She cherished each and every one.

Elena was strong in faith and believed she was called to walk this path marked by terminal illness. As difficult as it was, she believed it was part of the plan. On this journey, she used every opportunity to shine God’s light by sharing her testimony, praying for her physician’s and nurses, smiling her infamous smile through all of it. She pointedly rejected the idea that she was losing her battle with cancer. Rather, she proclaimed her victory over the darkness, and that God was calling her home.

Public viewing to be held at Einan’s Sunset Gardens on Thursday, April 26th, 5pm-7pm. A Celebration of Life Service will be at South Hills Church in Kennewick on Friday, April 27th, 1pm.