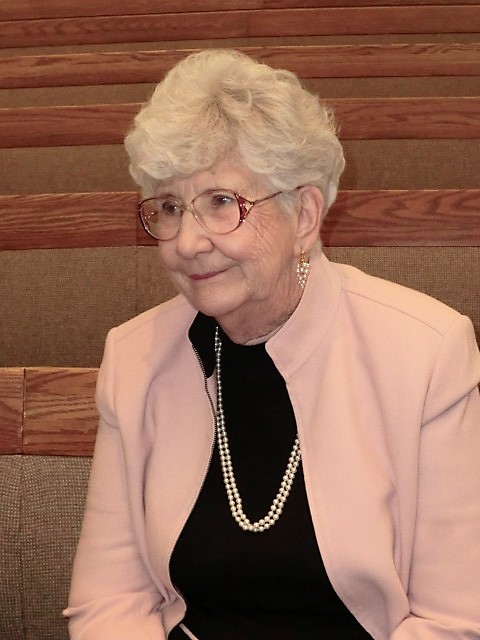 JOYCE LUCILLE WICK Joyce Lucille Wick of Kennewick died May 24 as a result of a stroke on May 13. She was 87. Joyce, a former Juvenile Court Advocate, was born December 3, 1930 in Coeur d'Alene, Idaho. Joyce met her future husband John J. Wick, Jr. when he was stationed in Spokane with the U. S. Air Force. They were married June 13, 1954. After John's graduation from the University of Idaho in 1961, they moved to the Tri-Cities. Although John's work with many companies took Joyce and John to many sections of this country and to Germany, they considered Kennewick home. Joyce attended Eastern Washington University and graduated in 1973 with a BA degree in social work. Joyce loved traveling, gardening, and gourmet cooking. A visit to her house would often include a beautifully prepared meal shared with a story of her and John getting lost in some foreign country and the adventures they experienced along the way. Joyce was a founding member of the Tri-Cities Cancer Guild 24 years ago and played a key role in the growth and success of community care and support for cancer patients. She quickly became a tour guide, hostess at Center functions, spoke to community groups, and staffed booths at many events, including golf tourneys. For 17 years she was the coordinator for providing refreshments for the patients. Joyce also served on the Guild Board for many years. She was president in 1999-2000. Early on she and her husband John took on the project of making story-bead necklaces, which beautifully reminded women to get their mammograms. This guild project has made thousands of dollars for patient services and continues today. Another project that she and John took on for the Guild and Cancer Center was to decorate the early patient room with artistic, charming handmade birdhouses. They were a source of cheer for patients, volunteers and staff. Needless to say, Joyce was a much loved member of the TCCC Guild. Her spirit lives on in every act of patient support that the Guild offers. John died in 2005, shortly after their 51st wedding anniversary. Joyce is survived by her brother and wife Ken and Lorna Hayden, nephews and wives Barry and Sherry Hayden, Greg and Lori Hayden, Randy and Anette Hayden, and great-nephews and nieces Christopher, Alyx and husband Chris Rowe, Noelle, Nickolas, Noah, Tove, and Magnus, and great-great-nieces Kaylee and Emma, and many close, wonderful friends. She was preceded in death by her parents Amelia and Robert Hayden, her brother Bill, and her beloved Siamese cats. Graveside services were held at 11 am Monday, June 11 at Forest Cemetery on Government Way in Coeur d'Alene.

Please sign Joyce's guest registry and view online memorial at www/englishfuneralchapel.com. A remembrance memorial will be held at Einan's Event Center in Richland on Friday, June 29th at 10 am. The family is grateful for the care and support received at Trios Hospital and the Chaplaincy Hospice Care Center in Kennewick. Memorials in Joyce's name may be made to the Tri-Cities Cancer Center.