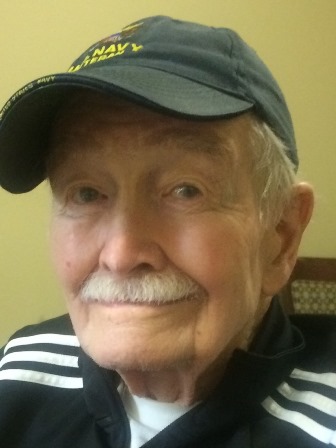 Hal Copeland passed away Sunday morning, July 22, 2018, while residing at Prestige Assisted Living, 1745 Pike Avenue, Richland, WA.  Born in Canton, New York to Harry Paige Copeland and Mabel M. Copeland-Stewart. Hal and his family moved to Fort Collins, CO when he was two years old.  Hal graduated from Colorado State University with a Bachelor of Science degree in Mechanical Engineering.  After graduation he served in the U.S. Navy at the end of WWII on the Tugboat U.S.S. Tawakoni where he gained valuable experience in electronics.  After the war, Hal met his beloved wife of sixty-seven years, Evelyn (Preisig) Copeland, and moved to Richland, WA in 1947.  At the Hanford Nuclear facility Hal worked as an Instrumentation Engineer which included designing instruments to measure previously unmeasured physical and chemical changes at the plant.  During Hal’s thirty-nine years of work at Hanford, he was recognized several times for his contributions to improve the efficiency and safety of plant processes.  The work at Hanford led Hal to join and become a long term, active member and officer in the American Society of Mechanical Engineers and the Instrument Society of America.

During his more than seventy years in Richland he and his family enjoyed camping, vacation travels, waterskiing and hiking, and Nordic skiing in the Blue Mountains. Family vacations were an important part of his family activities during his daughters’ childhoods. In later years Hal and his beloved wife of sixty-seven years, Evelyn, enjoyed many trips on cruises, Elder hostels, trips to visit Evelyn’s family in Switzerland, and to purchase a Porsche in Germany.

An avid long-distance runner, Hal completed one hundred six marathons between the ages of fifty-four and eighty-two including the Coeur d’Alene marathon twenty-six times and the local Three Rivers Marathon many times.  Several of the local Three Rivers Road Runners Club showed their respect for Hal with a recent visit.  This was much appreciated by his daughters.  Hal was also an active member and officer of the local Porsche Club of America where he still has many friends.  His last two Porsches are now owned by two of his grandsons – Justin and Matthew.  Evelyn was his frequent companion to each marathon and to many car shows.  He completely rebuilt a 1961 Volvo S 544, which is still in show condition and owned by a local man.  His Jaguars and his MG were also pet projects during their day.  Hal was also a lifetime member of the National Rifle Association and an avid duck, deer and elk hunter.

A graveside service for family members is planned for 1:00 p.m. at Einan’s at Sunset Gardens with a celebration of life and memorial service scheduled for 3:30 p.m. at Westside Church’s North facility, 615 Wright Avenue, Richland, WA on Saturday, July 28, 2018, where Hal and Evelyn were long-term members, and where Hal served as an elder, deacon and usher for many years. The public is welcome to attend the church service memorial and reception afterwards.  Memorials can be made to Westside Church at 615 Wright Avenue, Richland, Washington. The family wishes to extend their deep gratitude to Prestige Assisted Living staff for their faithful care of Hal in his last days.