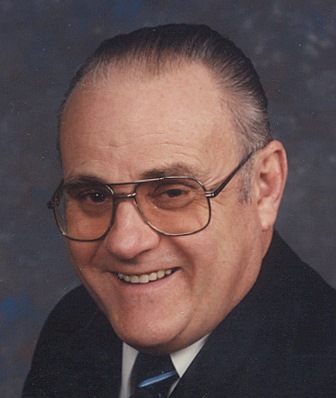 He was born August 22, 1929 in Idaho Falls, Idaho to William Carlos and Florence Koller Roberts.

Bill grew up on the family farm in Sugar City, Idaho, where he attended Sugar Salem High School, and Ricks College. He served an LDS mission in Kentucky, Tennessee and West Virginia from 1949-51. He married his sweetheart, Lottie Hymas on January 30, 1952 in the Idaho Falls Temple. They became the parents of four children.

He was a faithful member of the LDS church and served in many positions throughout his life. He was an elder’s quorum president, bishop's counselor, scoutmaster, executive secretary and served two missions with his wife. He also served as a temple worker for eight years.

His wife Lottie and their four children survive him; Steven (Susan) Roberts; William T. (Linda) Roberts; Patricia (Tim) Black; and Jill (Mark) Manser. He is also survived by his sister, Margaret Andrus; 12 grandchildren and 25 great-grandchildren. He was preceded in death by his brothers Leonard and Keith Roberts, and his infant sister Thelma Roberts.