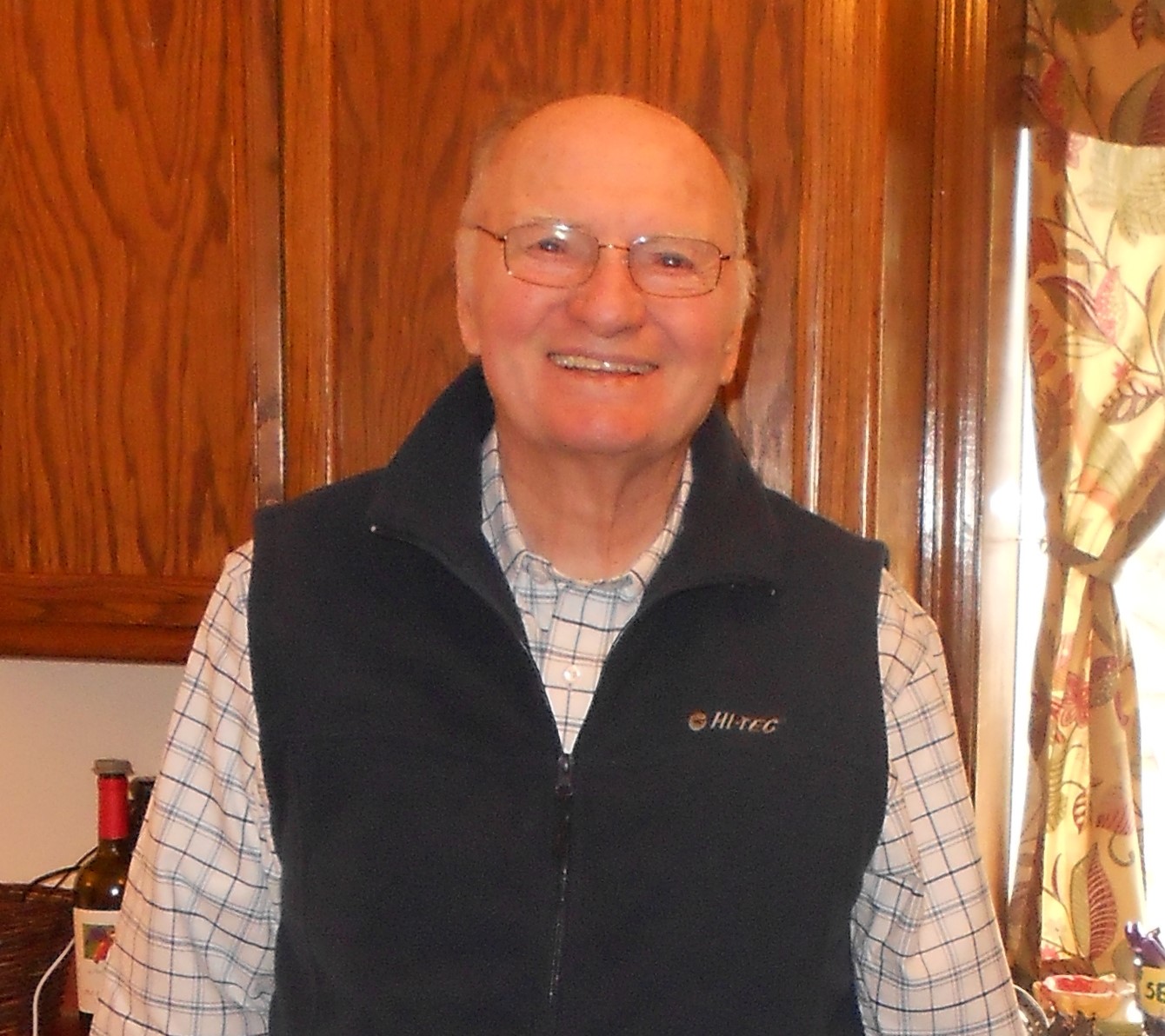 Harold Ballew, our father and friend, left us on September 20, 2018. He was born in Florence, Kansas to Ed and Peg Ballew on December 15, 1924. He grew up in Elmdale, Kansas at the height of the depression and dust bowl. He had two rules, don’t smoke in the barn and don’t swim in the river.

After this free-wheeling upbringing he joined the Navy during WW-II. His first assignment was as a Navy Radioman on a Merchant Marine ship sailing the South Pacific. He saw a little action and returned stateside and started flight training. He was learning to be a naval aviator when the war ended.

After his discharge from the Navy he made his way to Medford, Oregon. He was working two jobs at a saw mill and a cannery when this young woman named Wanda asked him out to a 4th of July picnic in 1946. The fried chicken was nice, and Wanda was even nicer. He didn’t have a chance. They married in Manhattan, Kansas on October 20 of that same year.

Life was not easy for the young newlyweds in those first few years.  They moved from Kansas back to Medford, where their daughter Ginger was born.  Harold found his calling and his career when he found work on the construction of McNary Dam.  From that point on they moved from place to place, following the next big construction project.  Many times, these projects took them to remote areas, from the towering pines of the Cascades to the ancient oaks of the Ozark Mountains, from the searing heat of central California, to the bone-chilling cold of the Canadian Rockies, where their son Gary spent so much of his early years he thought he was Canadian.  Each construction project a lasting tribute to the man who helped build it.

Wanda and Harold’s love endured through many trials and tribulations.  They moved to the Tri-Cities in 1977, and like many folks who were just passing through, the community became their home. They lived in both Richland and Kennewick and had a brief jaunt as snow birds when Harold retired in 1990.  Harold had a good life when he figured out he should just do whatever Wanda told him to do. They traveled in their RV a lot and Harold held court outside of wherever Wanda was shopping. Sadly, the love of his life passed away in 2009.

He spent his remaining years living at home. Harold never met a stranger he didn’t like but knew a few people he could do without. He always had a story to tell, most of them amusing but slightly off color. He had a smile that would light up a room and he was loved by those around him.

He is survived by his brother Don, his children Ginger and Gary, their spouses Jeff and Karen, and his grandchildren Mike, Greg, Cindy, Teresa, Emma and Sean.

A memorial service will be held at 1:00 PM, Friday, September 28th at Einan’s at Sunset Funeral Home in Richland. We will celebrate his life afterwards at Gary and Karen’s house.  The family asks that those who knew him or know those who love him to please join us.  In lieu of flowers please donate to the Tri-Cities Chaplaincy.