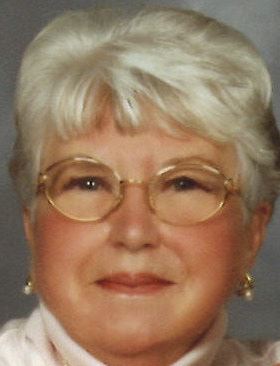 Juanita T. Helton passed away at Hospice in Kennewick, WA. Juanita was born on November 19th, 1932 to Bill and Grace Tuck in Madison County, Huntsville, Alabama. Juanita graduated from Huntsville High School in 1950 and was involved in many school activities including being the school's majorette.

After graduating, Juanita went to work for the government at Redstone Arsenal, {NASA}, as a clerk-typist. She advanced to become a publications editor for the Rocket division. With this job she traveled and met her husband James W. Helton at White Sands Proving Ground in New Mexico.

Juanita and Jim fell in love and married September 10, 1960 in Huntsville, Alabama. They soon moved to Richland, Washington where Jim worked for G.E.. Juanita soon began working for A.E.C {D.E.O.} in the information office.

Jim and Juanita settled in the Tri-Cities with their two daughters, Susan and Shannon. They became involved in many activities such as being on the bowling league and a bridge group. The greatest passion for both of them was golf, which landed them in a house on the 14th tee where they spent many happy years.

She was preceded by Grace and Bill Tuck {parents}, grandson Bryce James Adams, and husband James Wilson Helton of 51 years.

For those attending the services on Friday, September 28th at 11:00 am, at Central Church, please wear something yellow.

In lieu of flowers, please donate to Hospice at the Chaplaincy.