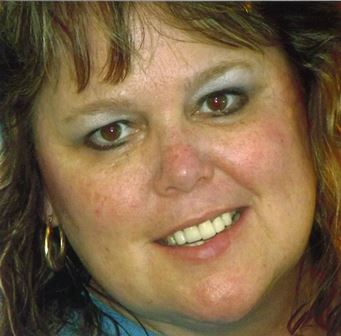 Denna was only 52 years old, she lived in Kennewick, WA.

She passed away at Sacred Heart Hospital in Spokane WA. on Oct 20th 2018, after a long hard fought battle due to a surgical complication.

Denna was born on June 20th 1966 in Toppenish, WA. She had lived in the Tri-Cities area for 18 years where she worked as a medical receptionist for most of that time.

Denna loved her family and supported them with all of her energy. Denna was an amazing dancer and an amazing cook. She loved her cat tiger (tigee) so much. Denna loved to go shopping, especially for shoes. Denna had very deep dimples with a beautiful smile. She was just beautiful inside and out.

On New Years we went shopping for new shoes for Denna. That same night we went out dancing. We danced so long and hard that one of her brand new shoes broke. “From new shoes to broken shoes.”

Two of Denna’s favorite dances were Cumbia and Ranchera.

She learned early in her marriage how to cook Mexican food, such as Arroz con Pollo, frijoles and homemade tortillas as well as posole. But she also made a mean spaghetti.

Denna Mae has two sons, Justin and Brandon, that she loved very much. She was very passionate about their academics and athletics. As well as their career goals and girlfriends. To her they were her number one priority!

Her and David went to a concert in Yakima to see Emilio Nivira once. Denna was so enamored with him she sat in his lap and asked for his hat. Unfortunately he was unwilling to give it up.

Denna loved music, music of all genres but especially Selena and Adele.

Denna was preceded in death by her father, David Charles Owen.

Services for Denna Mae will be Saturday Oct 27th. Viewing will be from 3-4 pm, and Celebration of Life ceremony will begin at 4 pm at Einan’s at Sunset Gardens in Richland, WA.