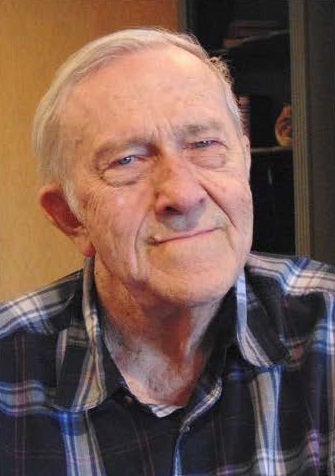 Hal attended school in Hudsonville, Michigan, graduating from Hudsonville High School in 1948.  In 1950, Hal joined the Air Force and proudly served his country until 1954, whereupon he attended Michigan Institute of Technology.  During his career, Hal worked for the Corps of Engineers, The Bailey Meter Company in Cleveland, Ohio, and Commonwealth Associates in Jackson, Michigan.

Hal spent 28 years at Hanford as an Instrumentation Engineer, retiring from Kaiser Engineers in 1996.

He was a member of the Richland Church of the Nazarene where he served Jesus in many capacities.  Hal loved the Lord, his family, and many, many friends.

Hal was preceded in death by his parents, his sister Ruth, and infant daughter, Tamara.

“Well done thou good and faithful servant.  Your time on earth is done.  Welcome Home”

Einan’s at Sunset will be in charge of cremation and a private service will be held at a later date. Memorials may be made to Richland Nazarene Missions and Tri-City Chaplaincy Hospice Care.