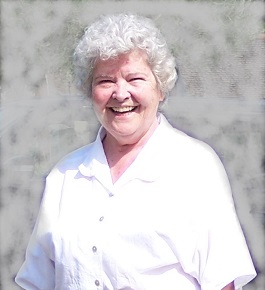 Lois J. Holeman passed away October 12, 2018 at San Ramon Regional Medical Center in San Ramon, CA at age 90.  She was born in Lincoln, NE to Alvin and Maude Higgins Holeman on June 24, 1928.  Her early years were spent in several Nebraska towns where her father was a teacher, athletic coach and later school administrator.  Her high school years included attendance at South High School in Denver, CO and then Richland, WA where she graduated in 1945.  Following college, she began her teaching career in Burley, ID at the secondary level and returned to college for more training in Special Education.  She has been a speech therapist in Salem, Oregon; Coordinator of Speech and Hearing services in Richland, WA; Coordinator of Speech and Hearing Services for Alameda County, California for all towns and cities except Oakland; and lastly before retirement in 1993, was the Director of Special Education in Orinda, then Menlo Park, California.

Lois was preceded in death by her parents, Alvin and Maude Holeman, her brother Richard, his wife Donna and nephew Roger

Lois is survived by two other brothers, Keith (Sharon) and Ronald (Leslie) and several nieces and nephews and their offspring.  A Celebration of Life is to be held at Einan’s Funeral Home, 915 Bypass Highway, Richland, WA on Friday, September 6, 2019 beginning at 10:00 AM.