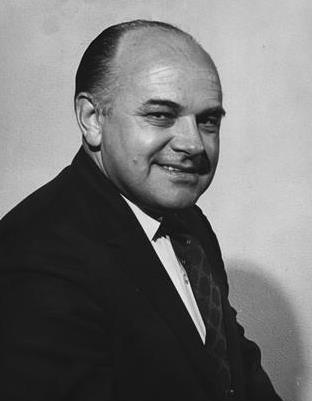 Reverend Melvin James Veland passed quietly into the loving arms of his Lord and Savior Jesus Christ October 2, 2018. Mel was born to Norwegian immigrant parents Magnus and Josephine Veland January 18, 1927 in Everett, Washington. Mel received his call into the ministry at a young age attending Central Bible Institute in Springfield Missouri, and graduating from Northwest Bible College in 1949. Mel pastored his first church in Paulson, Montana. Mel met a young co-ed bible college student, Marjorie Casper, at Northwest Bible College through an arranged meeting by a family friend. Mel and Marge wed September 6, 1957 and spent the next 61 years together until his passing. Mel and Marge pastored churches in Helena, Montana, Omak, Washington, Everett, Washington, Hartline, Washington, and Naselle, Washington. In 1988, Mel took a position as senior citizen and visitation pastor at Richland Assembly of God now Life Church 7 in Richland, Washington, where he resided until his passing. Mel was preceded in death by his parents Magnus and Josephine, his brother Art and sister Mable, and his favorite four legged family members Pebbles, J.R., and Dixie. Mel is survived by his wife Marge, son Rick and daughter in-law Karyn Veland of Ocean Park, Washington, son Ron Veland of Bellevue, Washington, son Paul Veland of Everett, Washington, son Dewey Veland of Pasco, Washington, four grandchildren and five great grandchildren.

Mel’s favorite pastime was to hunt for the perfect car. He would scour the want ads and car lots for the illusive perfect car. The price had to be right, it had to be not too big or too small, have low miles and get good gas mileage, be clean inside and out, have good tires and not burn any oil. Fortunately, after many years and many attempts he never did find that perfect car.