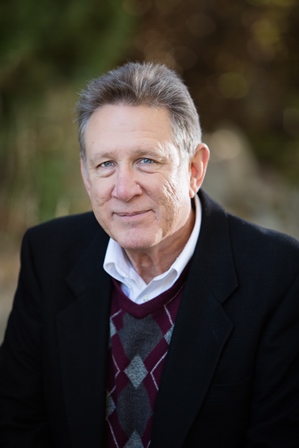 Mike D. Haugen, a longtime Richland resident, died Oct. 26, 2018, at The Chaplaincy Hospice House in Kennewick. He was 66.

Born on May 30, 1952, in Anchorage, Alaska, Mike celebrated his birthday on Memorial Day weekend each year.

He grew up in a military family and moved often during his childhood.

The light of Mike’s life was his family. He and his wife Debbie would have celebrated their 30th wedding anniversary on Dec. 3, 2018.

Nothing brought Mike greater joy than spending time with his family. He was the proud and loving father of Michael and Megan Haugen. He loved to attend their sporting events.

Mike enjoyed old movies, especially the “Back to the Future” series, which he watched hundreds of times.

He loved golfing (including video golfing) with friends, sharing a meal at Sterling’s and anything with peanut butter (frozen Reese’s cups were his favorite treat around the office, where his candy bowl was always filled).

As a young man, he and a buddy co-authored two books about city nightlife, “Portland after Dark” and “Seattle P.M.”

A quick-witted jokester, Mike had a funny anecdote for every occasion.

Though he earned an associate degree in journalism from Walla Walla Community College, he liked to quip that more money was to be made on the advertising side of the business and went on to spend 36 years in sales.

He began his career as a telephone salesman before climbing the corporate ladder to branch manager at Time Life Libraries in Dallas, Texas, where he oversaw 75 employees.

He returned to the Northwest to handle sales at Portland’s This Week Magazine and then Advo, a national direct mail company.

He landed in the Tri-Cities in 1997 to work as an account executive at the Tri-City Herald. He then transitioned to television advertising at the local ABC affiliate, KVEW TV.

He joined the Tri-Cities Area Journal of Business and Senior Times in 2005 and would have celebrated his 14th year with the Kennewick media company in January 2019. During his tenure, he was the top salesperson each year.

Mike was a master at business networking, thanks to his ready smile, warm personality, genuine care for people and penchant for puns.

He helped grow the region’s annual SmartMap Manufacturing Expo, which started in 2003 and ran through 2013. The expo later spawned the annual Careers in Manufacturing event for local high school students and Mike served on its board.

He was a longtime member of the city of Richland’s Tourism Committee and also served on the Mid-Columbia Symphony Board of Directors. He was a member of the Tri-Cities Commerce Club and Tri-Cities Business Development Group.

Mike is preceded in death by his parents Gust and Vesta Haugen.

In lieu of flowers, donations in Mike’s memory may be made to The Chaplaincy Hospice House online at http://chaplaincyhealthcare.org/donate-now.

The family is grateful to all who generously donated to Mike’s GoFundMe account to offset medical and memorial expenses.