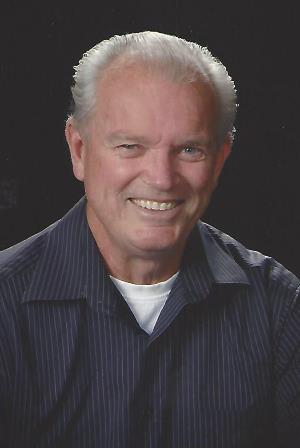 Orland Kervin Larson, 74, of West Richland passed away Monday, Oct 1. Ole was born on 12/6/44 in Grand Rapids, MN.  He spent most of his younger years working on cars, fishing, hunting, shooting and hiking; passions that he continued until he physically unable to do. When he was right out of high school, he enlisted in the Army, where he was a helicopter mechanic for 4 years. After leaving the Army he then met and married Barbara Shaw of 30 yrs.

A few of Ole’s proudest family moments were when they brought home their 3 beautiful children, giving his eldest daughter away to her husband James and taking pictures of family and friends. During his career of 23 yrs as an aviation mechanic at Boeing in Washington and Kansas, Ole had the pleasure of working on Air Force One and the first 747 and 767 airplanes.  Ole firmly believed that everyone should have a bible, so would pass out personally engraved bibles to the teens at various churches and members of the Celebrate Recovery Group at CUP.

Throughout his adult life, Ole was an instructor at WorkForce where he helped change many young men's lives, had Japanese foreign exchange workers stay with the family, enjoyed going on long rides and just exploring new towns, go camping/RV’ing, taking scenic and aerial photography, tinkering in his workshop, going to church and bible studies, shooting (especially his black powder guns), fishing, canoeing, hiking, taking long walks and he also enjoyed exploring the fossils and the Blue Lake Rhino Cave, which he was writing a book about.  Most of all, Ole spent doing the thing he loved most, flying his ultralight airplane. He would take anyone up who wanted to experience the freedom of soaring with the eagles. What gave him the most pleasure was hanging out with his family and friends.

Ole was a very strong individual who did not know the word can’t. He fought to the very end of his life here on earth. Ole loved Jesus above anything else.  He is now rejoicing with his grandma Kate in Heaven.

Ole's Celebration of Life Service will be held at Central United Protestant Church (CUP) in Richland at 1 pm Saturday 10/20/18.