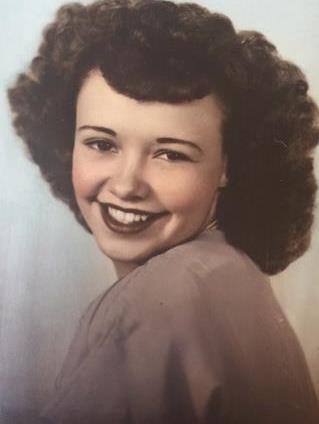 Alma Louise Carlson Rau passed away on November 23, 2018, at her home in Richland. Alma was born on July 14, 1931, in Minot, North Dakota to Ernest and Agnes Carlson. A long-time resident of the Tri-Cities, she graduated from Richland High School in 1949 and shortly thereafter married the love of her life, Melvin Olaf Rau, to whom she was married for 52 years until his death. Anyone that knew Alma can attest that she was a truly one-of-a-kind lady well-known for her fiery personality and always being the life of the party! Alma, a certified Master Gardener, loved spending time lavishing attention on her well-manicured yard and her pets. Alma was an avid card-player and exercise fanatic who spent at least 60 minutes every day on her stationary bike while watching her favorite team, the Mariners.

A remembrance will be held for Alma on Thursday, November 29, 2018, at 1:30 pm at Sterling’s Restaurant at 2500 Queensgate Drive in Richland; all friends and family are invited to share a memory, or two, and some food and drink. In lieu of flowers or other gifts, please make a donation in Alma’s memory to the Benton-Franklin Humane Society.