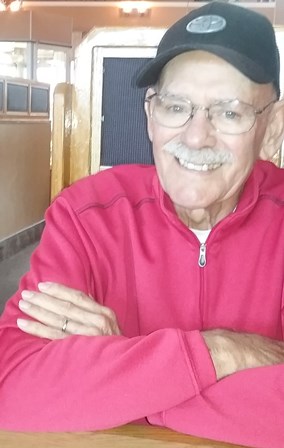 Alva Lyle Ward, 81, beloved husband, father, and grandfather, passed away on November 13, 2018, after a heartbreakingly short, but valiant, battle with leukemia.

Al was born in Peru, Iowa, on February 18, 1937. The fourth child and first son of John and Inez Lorraine Ward, he thought his name was “Boy” until the birth of his brother when he was seven. He met the love of his life, Carrie, at a small college near Princeton, New Jersey, in 1955.  After a cross-country honeymoon, Al and Carrie settled in Richland, Washington. He worked first as a postman, then as a technician for General Electric.

In 1964, Al made the courageous decision that changed the course of the family’s future. He decided to go back to college at the advanced age of 28, supported by Carrie’s willingness to be a working mother when most mothers stayed home. He described himself that fall as the “oldest college freshman in captivity.” After four long years in Pullman, all their sacrifices paid off when Al graduated, with honors, with a Bachelor of Science degree in Metallurgy. The family returned to Richland, where Al worked for Battelle and Westinghouse, until his retirement in 1993.

In retirement, Al used his excellent carpentry skills to build bedroom furniture for his grandsons and to help many local charities, including WestSide Church, Catholic Family Services and the Hospice House. As dedicated fans of their grandsons’ athletic activities, he and Carrie found themselves traveling around the West in their motor home, attending numerous mountain bike and road cycling events. At home, they rarely missed a soccer game, cross-country race, or band concert. In later years, they spent their summers in Newport, Oregon, where they made countless friends at Pacific Shores Motorcoach Resort. In fact, Al and Carrie made friends wherever they happened to be—they were just plain nice people.

Al was a lifelong athlete. As a young man, he was a talented baseball player. He turned that talent to coaching in the early 1970s, becoming a popular coach of the Little League team sponsored by Densow’s Drugs.  Al started golfing in his twenties and the game was to become a lifelong passion. At the height of his skill, he possessed a 3 handicap. His longtime membership in the Meadow Springs Country Club was a source of great pleasure and pride for him. Even into his fifties, Al remained active, running several marathons.

In the mid-seventies, Al and two friends became some of the first vineyard owners in the Red Mountain area. It was Al who came up with the name of their vineyard, “Ciel du Cheval”, drawing on his rusty college French. A local French restaurant owner would chide him for years afterward about his translation of “Horse Heaven,” but everyone seemed to get the gist.

Al is survived by Carrie, his sweetheart of 63 years; daughter, Becky, and son-in-law, Michael Henry; grandson Michael Ward Henry and his wife Mariko (and a great-grandchild arriving next spring); grandson Steven Henry and his partner Jenny. He is also survived by Roger, Carol and Scott Johnson, beloved friends-closer-than-family for over fifty years. Survivors also include one brother, three sisters and numerous nieces and nephews.

“Bumpa” was one of the good guys. The world is a sadder, darker, place without him.

The family extends their deepest gratitude to Marlene SanFilippo, Mitra Rado, and Dr. Patel at KCHO, as well as countless caregivers at Kadlec. A very special thanks goes to the amazing nursing staff on the sixth floor—Christina was Al’s special favorite.

Al was a longtime member of WestSide Church. He sang in the choir and served as an elder for many years. The family would like to thank Karl for his tender ministrations as Al made his swift way to the arms of his Lord and Savior. If you wish to honor Al’s life, the family suggests donations be made in his name to the Tri City Chaplaincy Hospice House.

A private memorial service will be held at a later date.