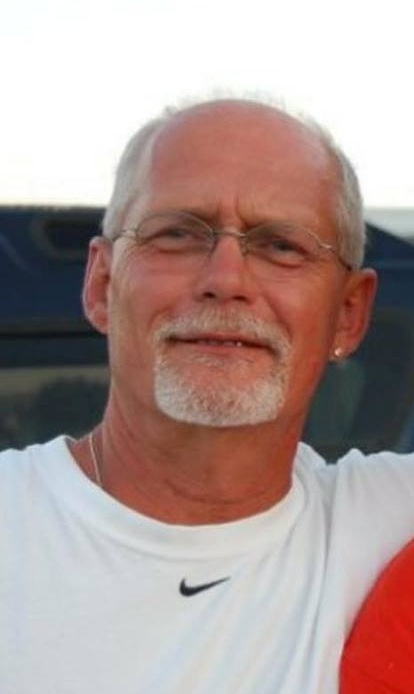 Jock was born to Betty and Russ Davis March 11th, 1956 in Rupert, ID. Jock was the oldest of four children; two sisters, Roxanne and Tammie, and one younger brother, Shawn. The Davis family moved around, eventually landing in Orofino, ID, where Jock graduated from Orofino High School in 1974. Jock was very active in sports. He played basketball, where he lost one tooth replacing it with his iconic silver front tooth, and during his senior year he was part of the undefeated Orofino Maniacs football team, also being one of the original Orofino streakers.

Jock moved to the Tri-Cities in 1977 where he quickly began working at Hanford as a laborer.  Known by several nicknames (JL, Jocko, Boss), Jock worked for over 40 years at Hanford, retiring in 2017 from his most recent role as superintendent.

Jock enjoyed camping, fishing, plugging around, and his beloved Steelers “four in five”. In his younger years he enjoyed the adventurous side of life by skydiving and white water rafting.

When he passed, Jock was married to his “bride” Glenda Davis. Jock is father to two daughters from his first marriage, Lacey (Shorty) and Sara (Scooter), and step father to Jason (J). Jock is Papa to granddaughters Sky (Skeeter), Angelica (Angel), Audrey (Papa’s Precious), Azalea (Zaza), and grandsons, Thomas (Spud), Gunner (little man), Garrett (G) and Wyatt (Wiley). Jock is also Great Papa to Lajan and UJ and to numerous nieces and nephews.

Jock loved his family; his life was centered on them and his career. His unconditional love and amazing ability to make everyone in his presence laugh and know comfort made him truly special. The level of respect that he always had for everyone will live on. His best teaching was to always treat others as you would want to be treated. His laugh was infectious and his s’mores always perfect. Jock will be deeply missed by his family and friends; he will never leave our hearts.

Jock was a member of the local Labors Union #348 and a Master Mason of Nitosa Lodge No. 204.

Jock was preceded in death by his father Russ Davis.

Jock’s celebration of life will take place at the Richland Community Center on December 8th from 2-5 pm.  The family asks that in lieu of flowers you make a donation to the American Heart Association.