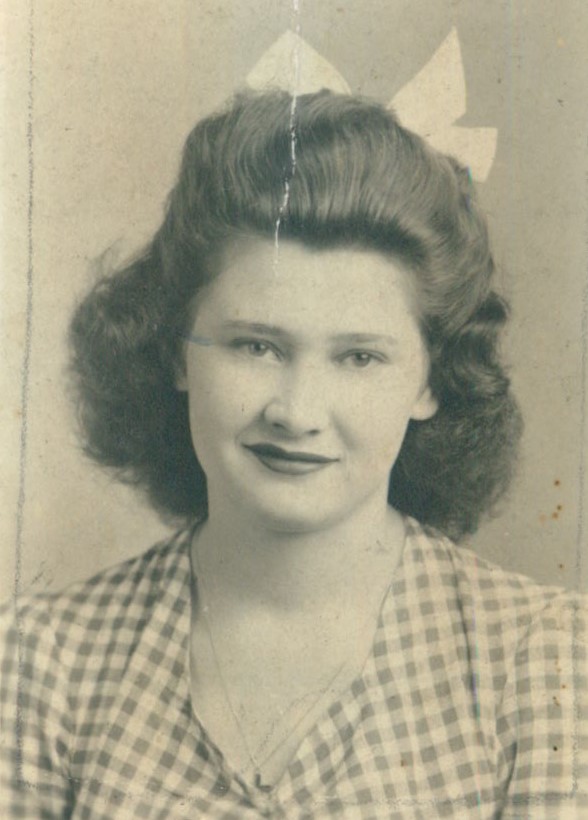 M. Jean Thompson was born on March 2, 1927 in Lufkin, Texas. She was the youngest of six children. As a 15 year old senior in high school, Jean worked as a soda jerk at the local drug store. She then moved to Beaumont, Texas, where she worked as a telephone operator making $25 per week.

When recruiters for Hanford needed telephone operators, she seized the opportunity. It was a chance for her to move away from Texas and make more money - about $50 per week. So in 1945, she set off for Hanford by train with her two older sisters, Eddie Lou and Ruth.

Jean stayed in the old Hanford House on George Washington Way on her first day in Richland, Washington. She remembered that all of the women stayed in a huge room with rows of beds.

Because of her young age, Jean worked at Hanford's central telephone station operating the switchboard with about 10 other women. She stayed in the women's barracks assigned for those less than 18 years of age. She remembered being safe and well-protected by security guards.

During her two months of living at the old Hanford construction site, Jean said everything was extremely secretive. Some of her coworkers would speculate on what was happening there, but most weren't concerned. They were just happy they were helping with the war effort.

In 1945, Jean moved to a Richland dormitory and worked at the telephone office in the Federal Building. She remembered the atmosphere between the Hanford workers as being very social. Most employees were around the same age, single, and away from home.

After her children were in school, Jean returned to school as well, pursuing a career in education. She graduated from Columbia Basin College in 1957 and went on to receive a Bachelor's Degree in Education from Central Washington University in 1960. She then earned a Master of Librarianship from the University of Washington in 1963 and her Doctorate in Education Administration from Washington State University in 1979. Her dissertation was honored as the Dissertation of the Year by the Council of Colleges and Universities of the American Association of Community and Junior Colleges.

Jean enjoyed her retirement while participating as an active member of the Kiwanis Club of Richland and the Central United Protestant Church, where she was a Chairperson of the Board of Trustees. She was active during the building of the "Gathering Place". She was also Project Director for the building of the Gazebo in Jefferson Park across from the Uptown Shopping Center in Richland.

She is survived by her loving daughters, Deborah and Kathleen, Kathleen's husband Bruce, and her two grandsons, Jeremiah and Samuel.