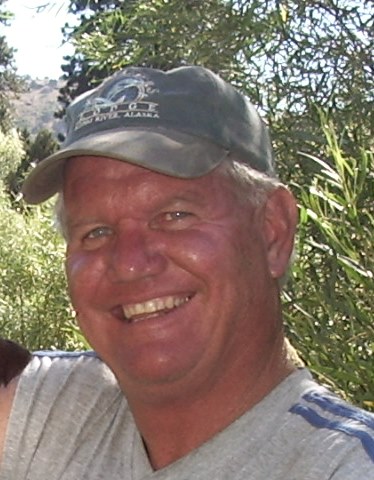 Thomas Irvin Rush, 65, of Benton City, Washington passed way November 2nd, 2018 in Portland, Oregon. He was born in Oakland, California on March 9th, 1953 to parents Lillie Marie and Vernon Rush, Sr. Tom’s father was in the military overseas and unfortunately a week after he was born his mother passed away.  His father’s sister Vivian and her husband Albert raised him until he was 8 years old. Tom then went to live with his father and siblings.

Tom played football in high school and played in the Shriners “All Star” football game in 1971. He then went on to attend college at Eastern Oregon University and received his bachelor’s degree.

In 1976 Thomas married Ruth Lenker and they had two children, Amanda and Tyson. They lived in Eastern Oregon and eventually settled down in Kennewick, Washington. Tom’s primary job was being a field man for Western Farm Service plus other ag companies. Tom and Ruth divorced in 1997. In January 2000, Tom married Wendy Johnston.

Tom was proud of his grandchildren and enjoyed going to their games and performances. He loved to share his cooking skills and gardening passion with them and all he knew.

Tom’s proudest career accomplishments included building custom homes for others, and helping famers grow their crops for over 30 years. He and Wendy purchased and restored the old Dayville Café in 2006 near John Day, Ore. His specialty was cooking BBQ ribs for the customers!

He never knew a stranger. Even in his last days in the hospital he’d seem to always find a connection with the nurses who cared for him. He had a passion for fishing, camping, hunting, and going to Rockaway Beach. He traveled to Arizona and Mexico for vacations.  He enjoyed playing with his dogs and took them everywhere. He had a private pilot’s license and owned over 10 airplanes in his lifetime. He will be remembered for his amazing Zucchini Bread and his kind, loving, and honest character.

He is survived by his loving wife Wendy, his daughter Amanda and Anna (Ehlers), son, Tyson and Kristen (Rush), step-son, John and Nicole (Brooks), his brother, Vernon and Sunny (Rush) and sister, Vicki (Ward), his step-mother, Sunnie Nevins, step-sisters, Jennifer (Chance) and Debbie (Olsen), and his grandchildren; James and Delaney (Rush), Dillon and Payton (Mowery) and Josie and Audrey (Brooks).

He is preceded in death by his mother Lillie Marie Rush and Father Vernon Rush, Sr.

A memorial service will be held at Events at Sunset, 915 ByPass Hwy in Richland on Saturday November 17th, 2018, beginning at 2:00 pm.