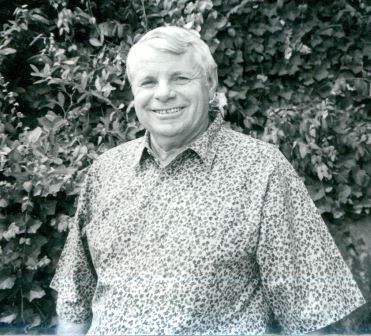 One of six children, Otis was born August 6, 1937 in Lamar, Missouri. He was the son of O’Neal and Mable Falls. The family moved many times during his childhood, living in and around South West Oregon and Arkansas.

After graduating high school from Harding Academy in Searcy, Arkansas, Otis attended Pepperdine University, graduating with a degree in education. He then attended Portland State University where he received his Master’s degree and then obtaining his PHD in education from the University of California San Diego. His education was briefly interrupted when he was drafted into the Army during the Korean War.

In 1961, Otis married Donna Tolbert. From this union, there were two children, Catherine (Falls) Mehn and Aaron Falls. They later divorced.

June 4, 1983, Otis married Shirley (Helmick) Sowards and became the loyal father to son, Darrell Sowards. They were married for 35 years. During their marriage, they lived in several locations in Wyoming, Oregon and Washington State.

Otis dedicated his life to his career in education; first as a teacher, then as a school administrator for several elementary and middle schools and finally superintendent of schools in three different districts.  In 2002, he retired from the North Franklin School District after over 35 years in education.

Otis loved power naps, a game of competitive tennis, the loyalty of a good dog, and the rewarding abundance and solace that gardening provides. Definitely not someone you want to play cards with because, no one knows the “correct rules.” He was proud of his children and grandchildren and his greatest wish was that his children and family be happy and successful.

Left to cherish his memory is his wife Shirley, his children Catherine (Falls) Mehn, Aaron Falls, and Darrell Sowards. He is also survived by his grandchildren, Allison and Hillary Mehn, Brody and Brinley Sowards, and Louie and Christina Falls and his sister, June Bray.

A private family memorial service was held at Sunset Gardens on January 21, 2019.

If friends so desire, donations can be made in Otis’s memory to Chaplaincy Hospice or the local Humane Society.

The family would like to thank the caring staff at Chaplaincy Hospice for their supportive care of dad and our family during his stay at the Hospice House and the care he received at home.