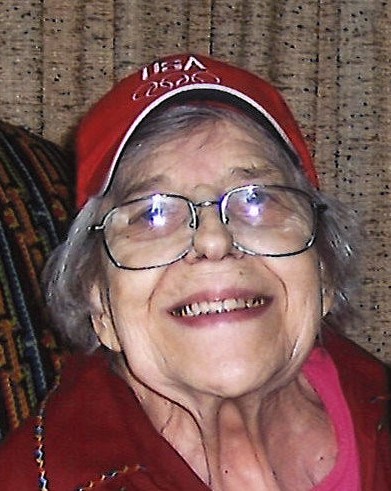 Barbara R. Brodaczynski of Richland, WA was born to Mr. and Mrs. Edwin Brodaczynski on February 27, 1929 in Milwaukee, WI. Barbara left this earth to be with her loved ones in heaven on January 2, 2019.

Barbara’s family moved to Richland, WA in 1946. Barbara attended her Senior Year at Columbia High School in Richland, WA. During her Senior Year, Barbara played softball for Richland Laundry and was featured in the local newspaper for a shut-out game. The paper called her, “Iron Woman Brodaczynski."

After graduating High School, Barbara attended college at Holy Names in Spokane, WA where she earned her 4 year degree in education. Barbara worked at St. John School in St. John, WA after graduating college she then taught 4th grade at Kamiakin Elementary in Sunnyside, WA. Barbara retired in 1984 after teaching for 30 years. Barbara resided in Sunnyside, WA until 1991 when she purchased her home in Richland, WA, where she could be closer to her family.

Barbara has a love of art and painting, fishing, camping, and gathering with her family for the holidays. She loved the outdoors. Barbara enjoyed her yard which had many plants growing. Barbara enjoyed camping and fishing with her mom. Barbara and her best friend of 50 years, Sister Mary Ellen of Wapato, WA would travel to many destinations throughout their friendship.

Barbara was preceded in death by her mother, Barbara (Orlowski) and her father, Edwin; brothers, Raymond, Daniel, Edwin, Eugene and Richard.

She is survived by her sister, Theresa Deschane, sisters-in-law, Gwen Brodaczynski and Ruth Brodaczynski along with many other family members including her beloved dog T-Bone of 5 years.

Barbara was especially close to her nephew Greg, who was her right hand man, as well as her nephew Grant Webber (Sue).

Barbara passed away peacefully at Richland Rehabilitation Center on January 2, 2019 with her loved ones by her side.

The family would like to extend a heartfelt thank you to the staff at Richland Rehabilitation as well as Kadlec Senior Clinic and In Home Medical for their support and compassion during this difficult time. A special Thank You to Sandra Soulek at Kadlec Senior Clinic.