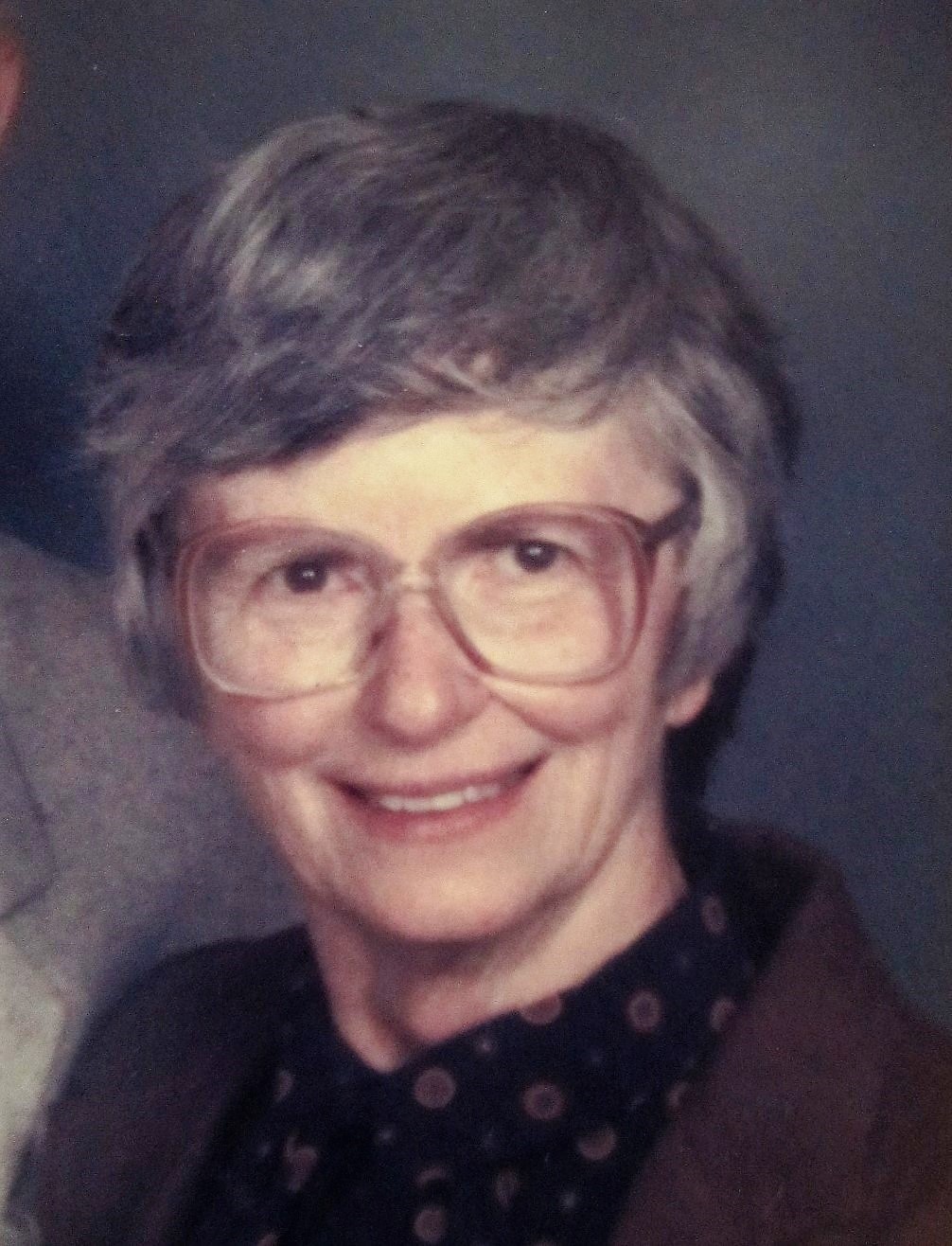 With family at her side, Elizabeth (Betty) Haltenhoff Fecht passed peacefully into the care of our Lord and Savior on January 9, 2019. Betty was born in Willmar, MN on October 1, 1920, to Karl A. and Mildred (Crooks) Haltenhoff. She grew up in Dubuque, IA and graduated Dubuque Senior High School in 1938. In her sophomore year she was urged to invite a star basketball player (a senior), Johnnie Fecht, to a YWCA dance. They became good friends, both attending Iowa State University in Ames, IA. Betty graduated in 1942 with a major in Home Economics and minors in Sociology and Chemistry. She taught in New London, IA prior to moving to Charleston, WV where she married John B. Fecht Jr. on February 5, 1944. She was employed as a chemist at the Westvaco Co. The family began in WV with the birth of John B. Fecht III (1945).

In 1946, John and Betty moved to Ann Arbor, MI where John taught at the University of Michigan, and Betty taught 8th grade math. John was then encouraged by friends to seek employment with General Electric Co. in Richland, WA. Betty was anticipating a lush, green, mountainous environment in which to raise family. While she was surprised by the arid environment she and John made Richland their home in 1947 and both grew to love the area. The family increased by two; Karl Robert (1948) and Barbara Ann (1949). In 1955, the family moved into their home on the Yakima River where Betty enjoyed the wildlife for 63 years.

Throughout her life, Betty was active in volunteer work, primarily with children who had special needs. She worked with the WA State Legislature to increase educational programs for these children, was State Trustee for the Easter Seal Society, was instrumental in starting the local Goodwill Industries, and was given special recognition by President Kennedy for her help "employing the handicapped." In the Richland schools she worked directly with at-risk high school and grade school students. She was an active member of Central Church and the Tuesday morning bible study. She played bridge throughout her life until she was 97, and she was also a 59 year member of P.E.O., Chapter DT. John and Betty were fortunate to have traveled the world, visiting every continent with the exception of Australia.

Betty was preceded in death by her parents; her husband of 60 years, John B. Fecht, Jr.; son, John B. Fecht III; and her sister Mary Lue (Kenneth) Curtis. She is survived by her son and daughter-in-law, Karl and Judy Fecht, and her daughter, Barbara Fecht, all of West Richland; her exchange daughter, Ina (Bernd) Veith of Graz, Austria; three grandchildren and their spouses: Janelle (Chris) Laskowski of Snoqualmie, WA; Kriss (Heather) Fecht of White Salmon, WA; and Marci (Angus) Brown of Nottingham, England. Betty is also survived by great grandchildren: Brendan, Camryn, and Madelyn Laskowski, Mason Fecht, Dyan and Caitlyn Connely, and Lyla, Carson and Colin Brown; nephews Jon Curtis and Paul Fecht, and niece, Kerry Eller.

Betty’s great joy in life was family. She was the queen of executing family trips, activities, dinners and celebrations, and everything was done with unconditional love and encouragement.