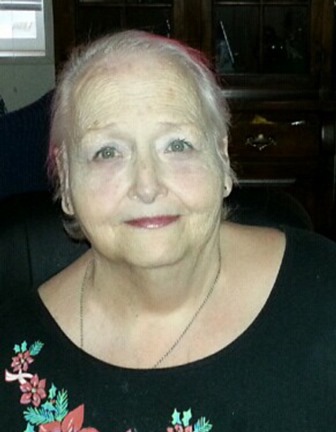 Helga Eileen Blankingship-Norris died peacefully on January 20, 2019, two days before her 71st birthday. She was surrounded by family and friends who loved her deeply and will miss her forever.

Helga was born in Orange, Texas on January 22, 1948 to Ruby and Estle Blankingship. The family spent her early years following construction jobs across the country, eventually the family settled in Richland where she completed her schooling at Columbia High School in 1966. She was always a proud Bomber. Upon graduation, Helga attended Richland Beauty School where she graduated in 1967. Helga married Ron Norris in 1969 and moved to Weippe, Idaho. She and Ron welcomed two children, Ronnie (1970) and Neki (1973). Helga and Neki returned to West Richland in 1987.

Helga became a coordinator for local dart tournaments and dart leagues. Helga loved participating in the dart community and cherished the friendships she developed during those years. Her love of the Mariners was legendary and she followed them faithfully. She attended the Mariners Spring Training in Arizona which was a highlight of her life. Her room was adorned with Mariners memorabilia.

Helga was known for her beautiful quilts which she lovingly made for her friends and family. She and her dear friend Angie finished their final quilt before Christmas. Helga was also known for the Potato Bags she made and sold at bazaars throughout the Tri-Cities.

As Helga’s health challenges increased she required additional care and she moved in with her daughter, Neki in 2000. Neki and her husband Joe were compassionate care givers and both a true blessing to Helga.

Helga had a heart of gold. She was generous and kind and always willing to do whatever she could to bring joy to the lives of people around her. In spite of her physical disabilities Helga has always strived to make personal connections with those around her. Helga depended on Dial-A-Ride for transportation and always appreciated how kindly she was treated by the drivers. Her constant smile and sweet heart drew people to her. She never complained about her health issues and there were many. Helga was a breast cancer survivor and gave generously of her time to the cause.

Helga is survived by her daughter, Neki Owens (Joe), her son, Ronald Norris (Tiffany), her brothers, Bill Blankingship (Linda), Charlie Blankingship (Dawn), grandchildren, Keyle Adams (Tara), Zoe Lowers and Ron’s three children, Matt, Crystal and Evelyn. She is also survived by four great-grandchildren and numerous nieces, nephews and cousins. Helga’s great-granddaughter, Oaklee (22 months) lived with Helga and family and every morning she had breakfast with her MEME. They shared a very precious bond.

Helga will be missed forever. Our hearts are comforted by the knowledge that she is no longer in pain and she is dancing with the angels in Heaven

A Celebration of Helga’s Life will be held on Saturday, February 9, 2019 at 2:00 pm at Uncle Sam’s Saloon in Kennewick.

“I have fought the good fight, I have finished the race, I have kept the faith.”