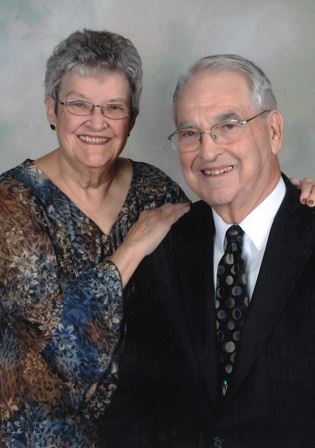 Kathryn Allin Dyson, 85 died of natural causes on January 29, 2019.  She was born March 6, 1933 in Lynbrook, New York to Thomas and Lily Allin.  She was delivered by a nurse, Minna, a very special person in her life – in some ways a mother figure. Kathy was a 1950 graduate of Malverne High School and a 1954 graduate of Middlebury College in Middlebury, Vermont where she received a BA in English literature.  While attending Middlebury she lived for three years in The Chateau, the French language house, where conversational French was spoken every evening at dinner and throughout the day.

On July 2, 1955 she was married to James Cooley and later divorced.  Two children, Susan and Christopher were born to that union.  In 1957 Jim and Kathy moved to Moscow, Idaho where Jim was a professor.

While living in Moscow, Kathy was a member of the Faculty Wives organization and a member of the Presbyterian Church, where she was a faithful member of the choir, a volunteer secretary and an Elder. For several years she designed the early morning service of that congregation. She was also a nun in a University production of the Sound of Music.

On September 6, 1972, Kathryn and Rev James Dyson were married at the Campus Christian Center in the presence of family members and many friends. Following their marriage the Dysons moved to Bremerton, Washington where Jim was pastor of Westpark Christian Church and Associate Pastor of First Christian Church. They moved to Richland in October 1975 when Jim was called to be pastor of Northwest United Protestant Church where he served until retiring in 2001. While the Dysons were at NWUP, Kathy served for 22 years as church secretary, six years as Choir Director and as secretary she planned and designed worship services which were based on each Sunday’s theme and which were relevant and to the point.

During their years together, the Dysons traveled throughout the United States and British Columbia and enjoyed trips to Newport, Oregon where they stayed at their two favorite sites, The Anchorage and The Whaler. While in the area they discovered many sea food restaurants and they always enjoyed visiting the Canyon Way book store and restaurant.

In 2003, the Dysons became members of Shalom United Christ where they were spiritually nourished and challenged until the present.

Throughout her life, Kathy loved classical, folk, big band music and all tunes of the thirties, forties and the sixties. She remembered the melodies and words of countless musicals, popular songs and hymns. She was an avid reader until her eyesight became a problem. She loved to dance. She was a good cook and home maker, and she loved to design and facilitate remodeling and adding on to their long time home. She was a beloved wife, mother, step mother, nana and friend.