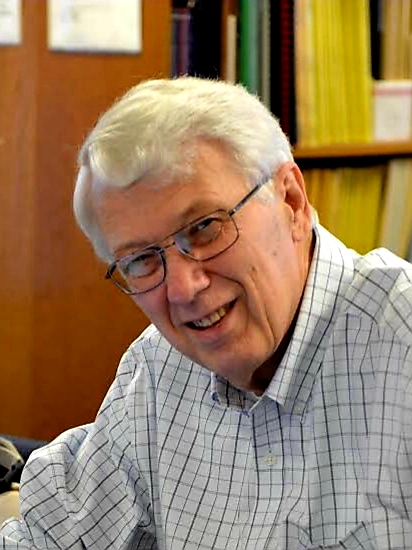 David Pratt, environmental chemist, genealogist, father, grandfather, and longtime resident of Richland, WA, passed away unexpectedly on January 28, 2019 at the age of 74.

David is survived by his wife, Sharon Pratt, his children, Lisa Goble, Andrea Rediske, Afton Cochran, Erin Nichols, and Michael Pratt, his grandchildren Megan Goble, Peter and Zachary Rediske, Rebecca and Samantha Backham, Logan Cochran, Chloë and Remy Nichols, Harry and Madeline Pratt, and his brothers Roger and Bryan Pratt. He is preceded in death by his grandson, Ethan Rediske and his parents, Afton and Rey Pratt.

David was born in Louisville, Kentucky on February 15, 1944 to Afton and Rey Pratt. He was the oldest of three boys. He served an LDS Mission in the Great Lakes Mission. He was a lifelong learner and studied chemistry at BYU and the University of Wisconsin. On February 27, 1971 he married his sweetheart, Sharon Ellis. They welcomed four children – Andrea, Afton, Erin, and Michael – to join Lisa, his daughter from a previous marriage.

David was a passionate speaker and teacher. He loved researching his family history and helping others do the same. He owned many Volkswagens in his lifetime and loved to tinker on them, sharing his knowledge on his Aircooled Volkswagen website. David was a spiritual man and a devoted member of the Church of Jesus Christ of Latter-day Saints.

A public viewing will occur at Einan’s at Sunset located at 915 By Pass Highway in Richland on Friday, February 1, 2019 from 5:00 pm to 9:00 pm. A Graveside Service will be held on Saturday, February 2, 2019 at 11:00 am at Sunset Gardens in Richland. The Memorial Service will follow at 1:00 pm at the LDS Church at 1720 Thayer in Richland. Flowers and condolences can be sent to Einan’s.