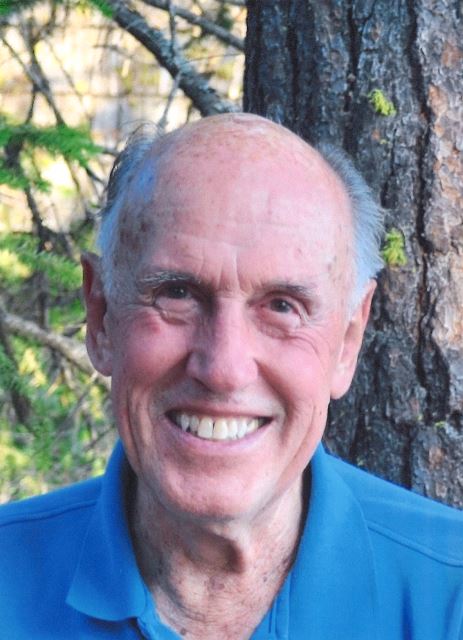 Stanley Alexander Spohr passed away Sunday, January 6, 2019 at Sacred Heart Hospital in Spokane, WA with his loving family surrounding him. He was born July 24, 1929 to Alexander M. Spohr and Pauline M. Spohr (Repp) in Portland, OR. Stan was the first in his family to graduate from college, University of Oregon, in accounting. While attending college he was in the National Guard. Stan came to Richland in 1951 to work for GE at the Hanford Project. He worked in accounting and held many management positions before his retirement from Westinghouse Hanford in 1989.

He married Mary Louise Lane on August 27, 1950. They had 3 children Rick, Marc and Gina. While working at Hanford in his early days, he and Mary ran a private diaper service. Stan was active in serving his community. He was a member of the Jaycees and helped design and make their annual floats for the Atomic Day Parades. He enjoyed the Christmas tree pick-up and bonfires that followed. Stan loved creating the elaborate Christmas scenes at his home on Cedar Street. The whole family was involved in making the scenes starting in the summer. He won several awards and had fond memories of all the people who came to see his Christmas scenes. Stan helped the community members in tax preparation and advice. He received a special AARP award for his 20 years of service as a tax aide. Stan was the bookkeeper for the Neurology Center, the treasurer for Richland Senior Association, held many positions on the board of the North Twin Lakeview Association, and was on the planning committee for the new Richland Community Center. He was active in the National Accounting Association and Hanford Management Association.

One of his pride and joys was building the family cabin along with the Vivian and Clyde Leaf family at Twin Lakes, WA. It was the source of some of his fondest hobbies of fishing and scuba diving and where lifelong friendships were developed. Family times and work there were always special. Stan loved to travel. The Oregon Beach and Hawaii were his favorite places to go. He also enjoyed cruising to Alaska. Christmas Eve was a special time for him to gather with his family for T-bone steaks, shrimp salad, peppermint ice cream and chocolate eclairs. He was famous for giving wonderful trips for the whole family to the Oregon Coast, Hawaii, and Sunriver as Christmas presents.

Dad will always be remembered for his willingness to help his family and to serve his community. We will forever be grateful for the many years of care he gave our mother. He taught his family many useful skills. His generosity, wisdom, advice, help, and cheerful smile will be greatly missed.

There will be a Life Celebration for Stan at Sunset Garden Event Center on Saturday, January 19, 2019 from 2 pm to 4 pm.