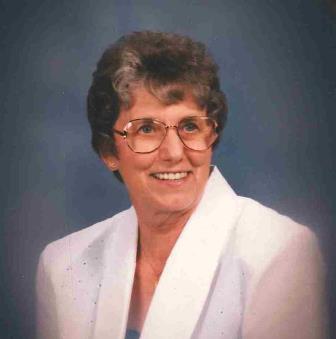 On February 16, 2019, Doris R. Strain, age 88, of Richland, Washington, passed away.  Doris was born on January 11, 1931, in Walla Walla, WA to Andrew and Emma Bussini, both Italian Immigrants.  Doris grew up on a farm in College Place, WA where her father Andrew was one of the first Italian farmers to grow Walla Walla Sweet Onions.  For this, she was very proud of her Italian heritage.

Doris had an engaging personality. From the moment you met her, you loved her.  She had an infectious laugh and smile you couldn’t forget.  Doris met her husband Don on a blind date and they married in June 1950.  The couple made their home in Richland where Doris was a homemaker until her daughters were of age that she could work.  Doris started work life at JC Penney as an office clerk in Uptown Richland, and then transferred to Columbia Center.  After several years at JC Penney, she started work at Westinghouse Hanford as a Document Control Clerk until her retirement.  Doris received several Letters of Appreciation for her hard work and dedication in fulfilling project milestones for her customers. Doris was a devoted wife to Don and a loving, caring mother to her two children.  When Don suffered a devastating medical issue in 1984, Doris not only continued to work, but took care of him when she got home.  Had it not been for Doris’ love, excellent care and dedication to her husband, he would not have survived for 20 more years.  After his passing in 2004, Doris joined the senior travel group “Rambling Rovers” where she enjoyed going on day and extended trips with the group.  She became very active in the group by becoming Treasurer for several years until health issues forced her resignation.

Doris loved to bake.  She will be lovingly remembered for her beautiful and delicious cookies and candies she prepared for family and friends at Christmas.  Another one of her specialties, and everyone’s favorite, was the German Chocolate Pie!

Doris is preceded in death by her husband Donald, and her parents Andrew and Emma Bussini.

Memorial donations may be made to the Washington State Chapter Alzheimer’s Association, 609 The Parkway, Richland, WA.