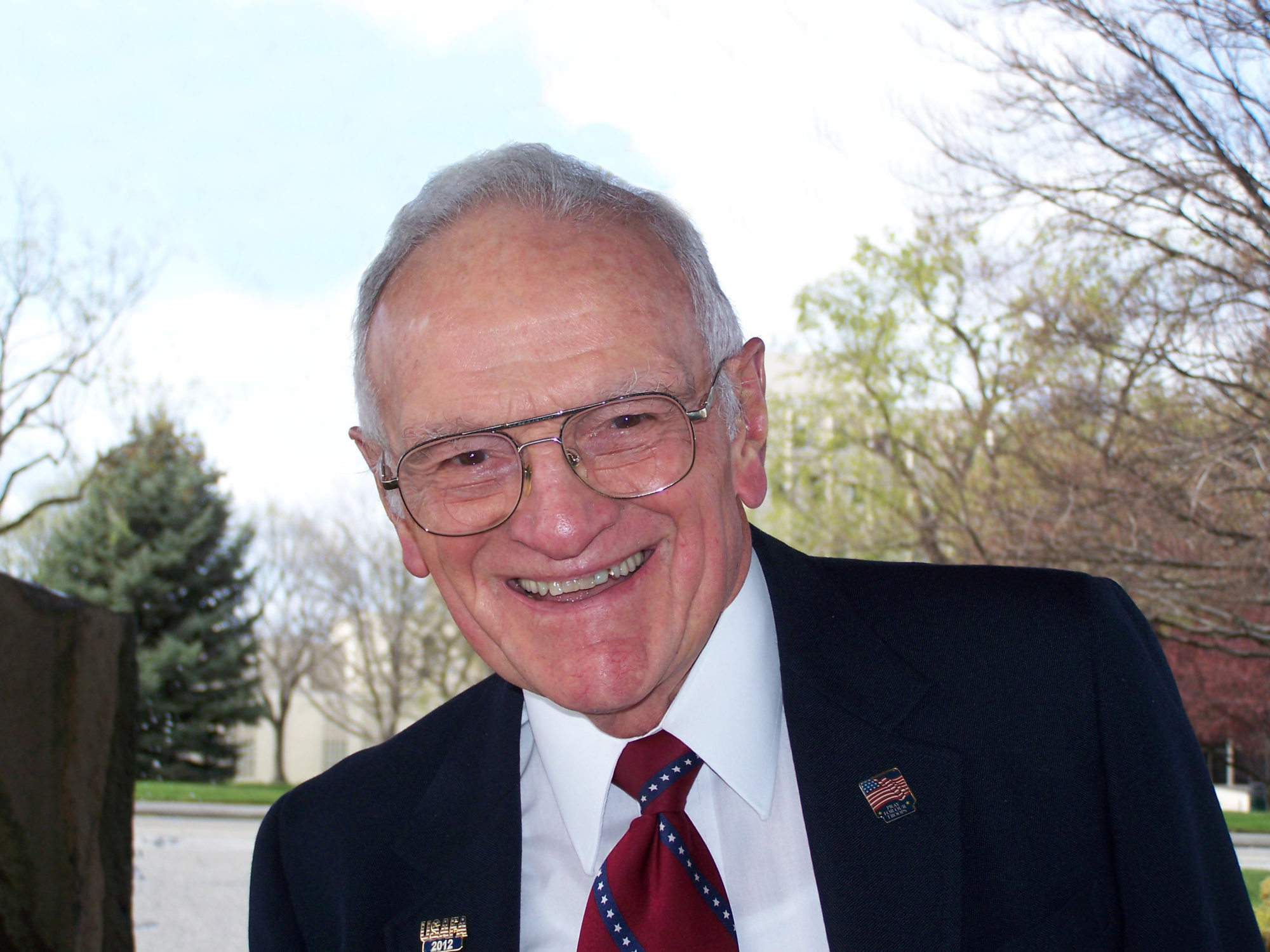 Marion Billy “Bill” Hitt was welcomed home to heaven after fighting the good fight (2 Timothy 4: 7-8) on February 17th.  He was born to Theodore and Lillian (Clore) Hitt on May 13, 1930 in Rixeyville, Virginia. A tragic accident took the life of his father when Bill was only three years old, and he and his brother Kirby were raised by their mother, with the extended love and support of his father’s sisters and brothers, who became a guiding force and foundation of faith in his life. Young Bill grew up on a farm and enjoyed playing football and baseball in high school. After graduating from Madison County High School in 1948, Bill attended Virginia Polytechnic Institute, where he was a member of the corps of cadets. It was during his time at VT that Bill met Helen Paige Emswiller.

After graduation, he joined the United States Air Force.  The newlyweds began a twenty year adventure in military life, making many life-long friends and welcoming their five children along the way: Ohio (son Billy II); Alaska; New Jersey (son Robin); New York (daughter Melanie); Texas; South Dakota (daughters Melissa and Amanda); North Dakota, and back to Texas where Bill retired as a Lt. Colonel.  Bill also served with honor in Korea and Vietnam, writing many treasured letters to his family while he was away.

In 1977 the family moved to Richland, where Bill began his second career with the Department of Energy. Bill and Paige became members of Central United Protestant Church, and enjoyed many years worshipping and serving there. During this time, Bill rekindled his affection for Studebakers. He and Paige traveled to Studebaker Driver’s Club meets around the country and Bill would sell period car advertisements at the meets. With the arrival of grandchildren, Bill spent many hours enjoying their sporting events, and would rarely miss a game. His family is blessed by the many photographs he took that so lovingly document our lives.

Bill is preceded in death by his wife of sixty years, Paige Hitt, and his brother Kirby Hitt. Bill’s love, thoughtfulness, and steadfast faith will be missed by all that knew him. He is survived by his five children, ten grandchildren, and three great-grandchildren: His son Billy II (his children Kevin Hitt and Brian Hitt), Robin (his wife Kathy and their children Paige Mount and Sarah Derr), Melanie (Hitt) Fletcher (her children Maegan Fletcher, Kenneth Fletcher, and Alaena Fletcher, as well as great-grandchildren Natalie Fletcher, Zoey Greager, and Luke Greager), Melissa (Hitt) Lloyd (husband Stan and their children Becca Lloyd, Tyler Lloyd, and Ryan Lloyd), and Amanda (Hitt) LaRiviere and her husband Tom.  He is also survived by his sister in law, nieces, and nephew in his beloved Virginia.

A celebration of Bill’s life will be held at Central United Protestant Church in Richland at 1:00 p.m. on Saturday, February 23rd. We would love for you to wear the Virginia Tech colors of maroon and orange. In lieu of flowers, please send donations to SIGN (signfracturecare.org).