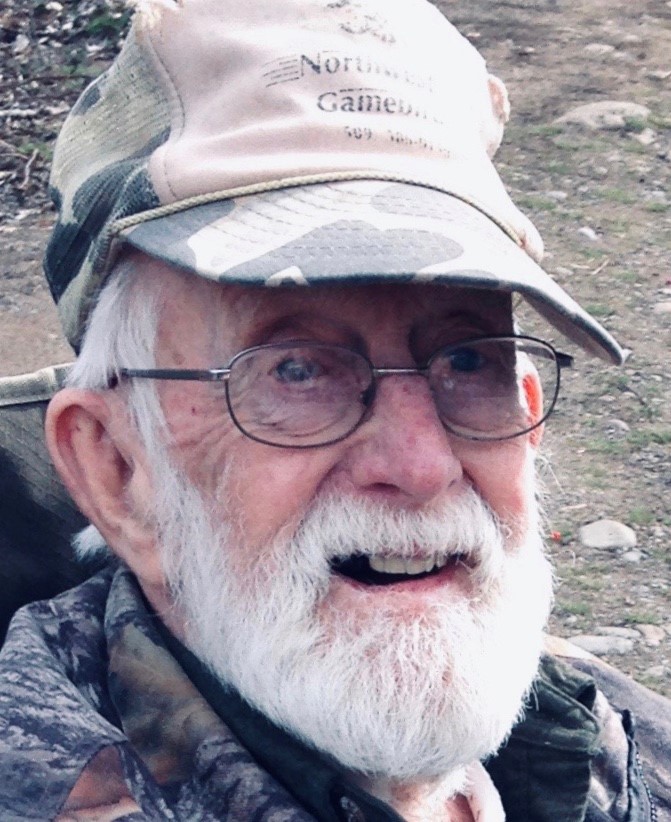 Charles Alton (Al) Richardson passed away on March 22, 2019 at the age of 92. He was born on November 26, 1926 to Alla Lee and Helen Richardson in Shoshone, Idaho. The family then moved to Twin Falls Idaho, where he lived until enlisting in the US Navy in 1944. Al served in both WWII and the Korean Wars. He was honorably discharged in 1954 with a rank of BMG2.

Dad married Leona Meyer in 1955; soon after they moved to the Tri-Cities, settling in Richland, where together they raised their family.

Dad was employed at the Hanford site for 34 years. From 1955 until his retirement in 1989 he worked as an Operator/Engineer for various contractors in many different areas.

He is preceded in death by his parents, wife and the love of his life, Leona, eldest son Kevin Richardson; sisters, Alene Bush and Beverly Richardson.

Dad was an avid outdoorsman. He spent every spare moment hunting and fishing. He was a recognized figure at Ringold and behind Ice Harbor Dam, chasing the steelhead that he loved so much or hunting in the Blue Mountains with family and friends. He instilled in his sons the love for the mountains and outdoors. These memories we will carry with us forever.

Dad was a loving and caring man who wore his emotions on his sleeve. He taught us the importance of always putting family first and showed us the true meaning of unconditional love.

Dad was also a perfectionist; no project was finished until it was perfect. He was very independent, insisting on living on his own terms until the very last. He did it his way. We’ll love you always, Dad.

Graveside service will be held at Sunset Memorial Gardens on April 6, 2019 at 10:00 am. A reception will follow at Events at Sunset.