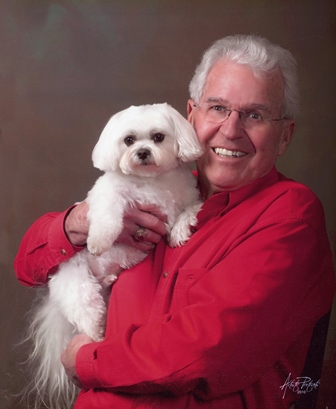 On the morning of March 24, 2019, Richard C. Hulseman passed away peacefully at Bonaventure Community in Richland, Washington.

Richard was born in Seattle, Washington on December 26, 1929 to Richard C. Hulseman, Sr. and Victoria Hulseman. He joined the Army and was stationed at Fort Lewis, Washington and was honorably discharged in 1951. Richard attended WSU (Washington State University) and graduated in 1955 with a Bachelor’s of Science in Civil Engineering.

He became an Engineer for Kaiser Steel Corporation as the project manager for the Space Shuttle Assembly Building at Vandenberg Airforce Base near Lompoc, California, completed in 1984. He retired from Kaiser now as Flour Federal Services in 2002. Richard was a proud Freemason. He became a Mason in Ohio.

Richard absolutely loved golf and made it a part of his daily life when he retired. He also had a love for cars, especially his pride and joy, his 1957 Thunderbird (Dix-Brd). Richard was a part of the Several Thunderbird collectors groups over the years and his Thunderbird won several awards.

He is preceded in death by his son, Robin; his three sisters, Vicky, Mary and Caroline. He is survived by his grandson, Scott; two nephews, David and Mark; his niece Kristen and his dear friend Marcia Lambert and his beloved Maltese, Ruby.

A Celebration of Life will be held Saturday, May 4, 2019 at the Meadow Springs Country Club from Noon until 4:00 pm.

Donations can be made to the Benton Franklin Humane Society care of Richard and Ruby Hulseman in the small animal wing.