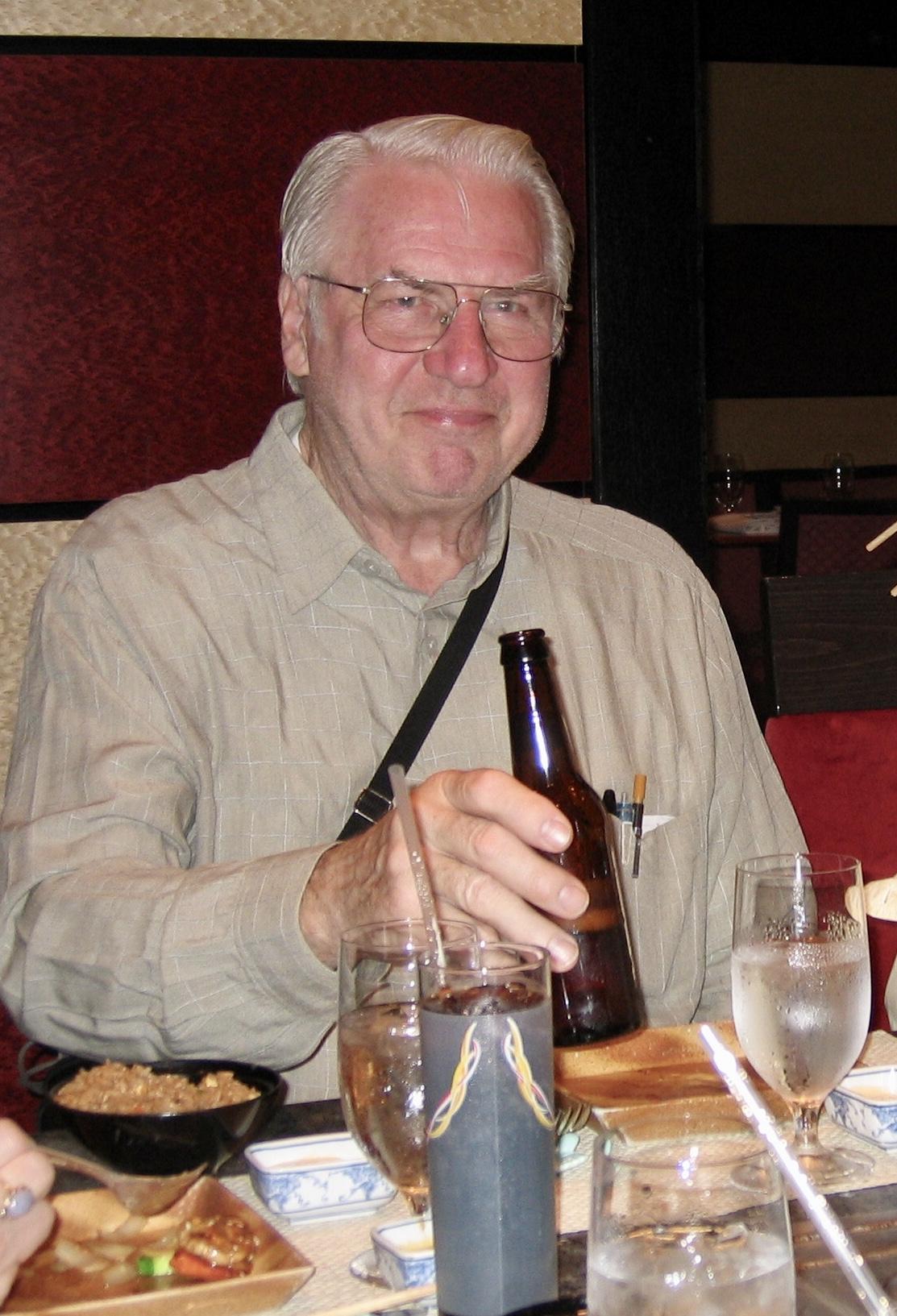 John M. Nelson, of Richland, died peacefully on April 10, 2019.  Born on October 14, 1935 in Highland Park, Michigan, he became an Eagle Scout at 13 and by age 16, had the first saltwater fish tank in the State of Michigan.  At 18, he left home to crew on the sailing ship Brigantine Yankee which circumnavigated the globe, 1953-1955.  While in the Galapagos Islands, he and the other 18 crew members harpooned a young sperm whale and caught green sea turtles to provide sustenance for their voyage.  Several months later, on Pentecost Island in the New Hebrides, he and his shipmates became the first outsiders to witness and film land diving, from which bungee jumping originated.  These photos and films were published in the National Geographic Magazine and Film Series.  The next month, while in the Highlands of New Guinea, he hiked for 7 days from Goroka to Mt. Hagen, paying his porters 1 tsp of salt per day.  Almost a year later, after spending much time in Africa, he considered leaving the ship and emigrating to South Africa, but didn’t because of the Apartheid Regime.   In 1960, he married his wife Mary Ellen (Richland, WA) and had two boys, David (Cody, WY—Sandy, Jordan & Garrett) and Ethan (Richland, WA—Kristi, Grant & Mason).  In 1969, he earned a PhD from the University of Michigan and spent the next three years, working with chimpanzees and rhesus monkeys at the Biomedical Primate Research Center (BPRC) in Rijswijk, the Netherlands.  While living in Europe he built a camper in a Volkswagen van and, spent three summers travelling with his family from Norway, Finland and Russia in the north to Yugoslavia, Greece and Italy in the south.  Returning to America, he became a professor at the University of Rochester in 1972.  In 1976, he joined Battelle, in Richland, WA, from which he retired in 1995.  He enjoyed tinkering and creating and just missed receiving a patent for the original electronic dog shock collar.  In addition, he enjoyed working on his antique cars and bicycles as well as collecting antique oddities, but perhaps his greatest legacy will be the commitment he showed to his wife, family and sister-in-law Nell Knepper.  He will also be lovingly remembered for his endless stories, appreciation for and excessive consumption of fine food, his incredible shop, secretly catching, speying and neutering neighborhood cats and driving his 1926 Dodge Brothers Screenside in parades.  Besides his immediate family he is survived by a sister Judy Wu (Jon, Kim & Rick) of Michigan and brother Victor Nelson (Carol & Jeff) of Florida.  A funeral will be held at Einans Funeral Home in Richland, WA at 5:00 PM on Monday, April 22, 2019.  A light dinner will be provided following the service.