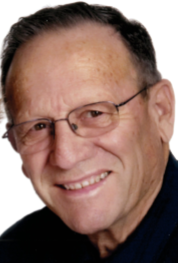 Marion Hughes of Pasco went home to be with his Lord on April 6, 2019. He was surrounded by family at home in Hospice care. Marion was born in Roy, New Mexico, January 25, 1930. He graduated from ENMU where he met Gervadine Jones, the love of his life and bride for nearly 69 years. Marion was an educator in the Richland School District for 25 years. Along with his passion for education, Marion enjoyed boating on the Columbia River and in the San Juan Islands. He was a Clover Island Yacht Club Commodore and International Order of Blue Gavel past president. He was also a lifetime Mason and past president for Washington State Retired Educators. Marion is survived by Gervadine and his five children, Dwight (Mary), Dwayne (Jody), Doug (Debbie), Edwin and Dana Poppe (Ken), along with 9 grandchildren and 11 great grandchildren. A memorial will be held May 4th at 1:00 PM at Riverview Methodist Church in Pasco. In lieu of flowers, a donation may be made in his name to the Riverview Methodist Church.