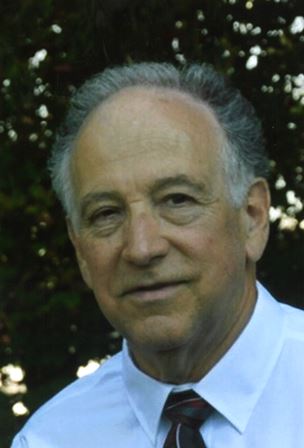 Robert “Bob” Childers, age 73, went to his eternal home on April 2nd, 2019 at 10:32 am in Kennewick, Washington. Preceding him in death is his late wife, JoAnn Childers. He is survived by his wife of 3 years, Shirley Ann Childers, and his children, James Childers, Melinda Walenceus, Andrea Mann, Rebecca Wood and David Childers. He will be fondly remembered by his 12 grandchildren: Kaylynn Monson, Daniel Childers, Hayley Walenceus, Colby Walenceus, Kimberlee Keen, Travis Mann, Mason Mann, Justin Knight, Katie Knight, Alyssa Hathaway, Amanda Hathaway, and Riker Wood as well as his 7 great-grandchildren. Bob is also by survived his sisters, Angela Morkert, Patricia Stafford, Jennifer Gwartney and Lisa Simmons. He was surrounded by family and friends as he

He was born on October 15th, 1945 to Elvin and Mildred Childers in Canadian, Texas. He attended Abilene Christian College, where he met JoAnn, whom he married in 1966. They raised their family of five children and enjoyed going to the beach, gardening, traveling, fishing, and spending time with family. Bob was happiest when the family was all together. Although he was born in Texas, he had a love for adventure and lived in many other places throughout his life, such as Montana, California, South Africa, England, Oak Harbor, Yakima, and finally Tri-Cities, Washington where he lived for the last 34 years. Bob attended Kennewick Church of Christ where he met Shirley. They were married at the church on July 11, 2015. He genuinely loved his family and adored his children, grandchildren and great-grandchildren.

Bob’s love for the Lord was evident throughout his life. Although he excelled at his careers as a retail manager and furniture salesman, he was passionate about preaching. He was the preacher of the Hermiston Church of Christ and shared many sermons throughout his adulthood with other congregations. He would spend hours going through Bibles and concordances as he studied God’s word to put hundreds of sermons together. His love for preaching was passed on to many others as he coached children in public speaking through the Optimist Club for over 35 years.

Robert was a kid at heart, but had an abundance of knowledge on just about every subject. He would enlighten people on topics such as: Einstein’s theory of relativity, weather patterns, and Biblical history. He had an adventurous spirit, a genuine love for others, and a unique sense of humor. Bob had a strong spirit and was respected by all who knew him. His legacy will be passed on for generations to come. We will always remember him as a treasured husband, father, brother, uncle, grandfather, teacher and friend.

A Memorial Service will be held on Friday, April 19, at 4 pm at the Richland Church of Christ, 933 Thayer Drive, Richland, WA 99352. The family would like to invite you to stay for fellowship and dinner after the memorial service.