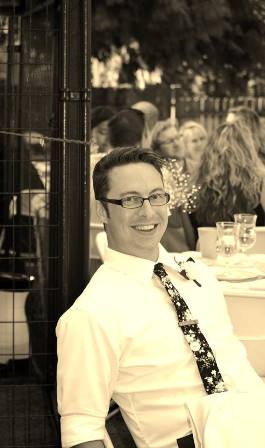 With deepest sorrow we feel the need to announce that our beloved, intelligent son, brother, dad, family member, and friend Chauncy Ray Kuykendall, died young at 33, Wednesday evening, May 8th in Richland, Washington. He was born in the same hospital where he left us, May 14, 1985, Kadlec Hospital to Dan and Laura Kuykendall. He was a graduate of Hanford High School and went on to Washington State University (Go Cougs) where he earned his Bachelors and then to Eastern Washington University for his Masters. On the day of Graduation in Cheney he received a call from Pearson Education where he worked for several years before moving on to new adventures. Chauncy had an effect on many people in his lifetime.

He had many accomplishments in his life and it started at a young age academically and athletically. Between roller hockey, soccer, baseball, ice hockey (3 on 3 hoops) it seemed like we were always on the road traveling as a family. He made numerous friends over the years and continued throughout young adulthood. He met Michelle at WSU, who later became his wife and they had two sons, Cole Daniel (3) and Cameron Lee (2). After over 10+ years she ended their relationship, although he loved her to the end.

Chauncy will be missed everyday by his mother, Laura Jean, father, Daniel Dean, sister, Jaennae and her husband, Chris Ingebritsen and his sons; his 95 year old Grandma Lorraine Kuykendall from Richland, Grandma and Grandpa Shiflet in Myrtle Creek, Oregon, many uncles, aunts, oodles of cousins, many, many friends, coaches, teammates and acquaintances. Thank you all for being there for him.

We are planning a celebration of his life at Event Center Friday May 31st from 5-7 pm. We will have speakers, a DVD showing  and welcome anyone who would like to share. Instead of buying flowers or plants, please talk face to face with your family, communicate your love, heartache and concerns always.